The Square Peg - Tiny Tornadoes... OR Things that Suck 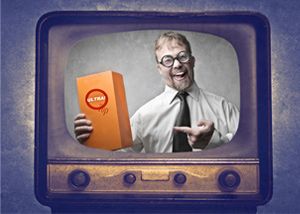 Having the house all to my lonesome during the day, I sometimes put the TV on for background noise while I'm working. I've got to get my computer speakers replaced so I can listen to music again. I prefer my music to be in the background and right now my speakers have one setting - earsplittingly loud (I'm not sure, but I think I just made up an adjective... the dictionary doesn't like it). That sucks! The speaker volume AND the dictionary. 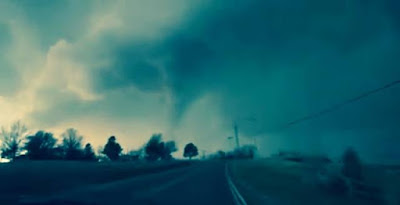 Anyway, as I was working on my latest book, in the middle of the background babble, I heard the word "tornadoes." It got my attention. Not because I was expecting a twister this time of year or this far south, but because my youngest likes to chase the suckers (yes, that was a play on words... let it go... it's kind of what I do). That's one of his photos taken from the cab of his truck this year in Oklahoma. As a matter of fact, my boy started emailing Josh Wurman at the University of Oklahoma with questions when he was four... well, his Mom emailed them for him... we didn't let him play on the computer... they were expensive back then. For those who don't know, Josh is one of America's best known atmospheric scientists who now runs his own foundation, the Center for Severe Weather Research in Boulder, Colorado. He has had documentaries made on his exploits and was on a running series called, oddly enough, Tornado Chasers. Now, the kid runs into guys like Reed Timmer (a one-time protege of Wurman and a noted tornado chaser and researcher in his own right) on the road, and keeps in touch with them by text and social media. So, whenever there's a show on twisters, I try to record it for him to watch when he visits. I don't get to take him out chasing anymore, so that sucks too.

You know what else sucks? I go off on tangents that have little to do with what my initial thought was. So here's the deal. When I rushed in to start the DVR, I discovered that they weren't talking about real tornadoes. I should have suspected. The announcer had an Australian accent. Nope... he was pitching a vacuum cleaner, but he sure made it sound like he was talking about twisters, with all that nonsense about vortices and the power of ten thousand tiny tornadoes (I think that was the number, but let's face it, my attention was waning). As I got my third cup of coffee, he droned on and on about the virtues of his vacuum cleaner; extolling its design, demonstrating it side-by-side with that other IMPOSTER cleaner, and showing off that new model with the sucker unit in the top that reminded me of an electric broom. And, he proudly declared I could have both for 24 easy payments of ONLY $39.99. Let's see... that's only  $959.76. SAY WHAT?! Now THAT sucks! 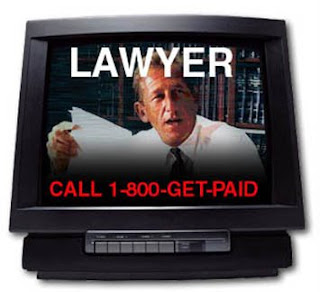 I changed the channel. One of those ads for those ambulance-chasing lawyers was on."Have you been in an accident with a semi truck? We hold companies responsible! If you don't win, we don't get paid." All this as these exorbitant lawsuit settlements roll past on the screen, followed by a group of attorneys in Italian suits walking from a private jet to a stretch limo. Yeah, guess who's getting fat off those lawsuits. I hit the channel button on the remote. Sure enough, there was another ambulance chaser commercial, this one with satisfied clients declaring how much money they walked away with, "...in my pocket!" Members of that firm all wore big, white cowboy hats. They probably made money from the hat maker for wearing them on the commercial. And then there was another ad featuring a simpering, sympathetic female lawyer who assured me that, at whatever the name of her firm was, they "...understand and really care about..." their clients. Sure they do... how do you think they pay for those TV ads? Ambulance-chasing lawyers suck.

I came to a rapid conclusion. I need to get new speakers. I switched off the TV because... well... DAYTIME TV SUCKS!
Posted by S. Bradley Stoner at 7:39 AM