The Square Peg - Off the Grid 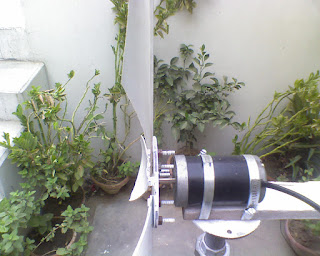 I ran into an old acquaintance the other day. I remember the first time I met him was in a second hand shop that specialized in electrical equipment. I was looking for some wiring, wall sockets, switches and a breaker box to electrify the shop I was building. Today, I was looking for a good, used 1-hp motor for my shop. I had it in mind to build my own table saw. I get these notions once in a while, especially after I have seen some DIY article with a catchy title like, “Build Your Own Table Saw in 5-Days or Less.” I really get hooked when they tell me I can do it for under two hundred smackers. I’m a bit of a scrounger... I figure I can do it for less. Anyway, I heard this voice, “Hey there, remember me?”

It was sort of familiar so I turned and looked. Sure enough, I recognized him. “Dudley, right?” I asked.

He grins broadly, “Yep, but like I said last time, just call me ‘Dud.’ I don’t stand on formality.”

Dud isn’t your typical urbanite. First off, he looks like one of those characters you might have seen in those History Channel commercials for Alaskan Bush People. I’ve never actually seen the show, so I really don’t know much about it, but from the ads I gather it’s a family that, as Steinbeck put it in Of Mice and Men, “...live off the fatta the land.” Dud sports a beard that goes to the middle of his chest, but it isn’t one of those magnificent full Dumbledore kinds, Dud’s is thin and scraggly. Sometimes it has bits of his garden in it, sometimes crumbs from his last meal. He wears his longish hair in a ponytail, and he has oversized glasses that give him a sort of owlish look. In his bib overalls, ratty baseball cap, and worn boots, he looks a little like a displaced farmer. Some folks cross the street when they see him coming, figuring he’s a homeless panhandler. I know better. Dud has money. His family left it to him.

“I’m lookin’ for a generator... you know one of those treadmill motors. I’m building a wind turbine... yep, I’m fixin’ to go off the grid.”

“Naw,” Dud drawled, “My uncle died last year and left me a hundred acres up in the Hill Country. I had one of those container ship boxes hauled out there. I’m gonna make a house out of it. I got the plans from one of those tree hugging web sites. Yep, I’m gonna repurpose that sucker. What are you looking for?”

I told him about my plans to build a table saw, and I was after a motor, an arbor, and a set of pulleys. The rest I could build myself with a little help from the lumber yard and a few nuts, bolts, washers, and screws from the hardware store.

Dud nodded sagely. “I think I can help you out there... I know where you can get those for free.”

I was intrigued, but I had a feeling that “free” wasn’t really free. Turns out, it wasn’t. Over the years I had learned that Dud had a peculiar idea of what “free” meant, except for advice, of course. This time, he wanted help dismantling an old machine shop he’d bought in some small east Texas town and an old hardware store in Jerkwater, Arkansas. He showed me some wrinkled old pictures he carried in his bib pocket. The places should have been declared a disaster zone. One of them did have a “CONDEMNED” sign on it. I thanked Dud for the opportunity, but told him I didn’t have the time for that. Book deadlines to meet, I added. What I didn’t tell him was that I didn’t have the inclination to have a rickety old building collapse on me and ruin my whole day.

“Why don’t you just hire a couple of guys?”

“You mean pay somebody? With cash?” Dud was shocked at the suggestion.

“Why would I do that? Then the government would want me to withhold taxes... follow their ridiculous rules on safety, and get permits. That’s just nuts. Once you do that, they have your paper trail. No siree... not me. I’ll trade for services, but I’ll be danged if I’ll pay for them. Like I said, I’m going off the grid. When the apocalypse hits, I’ll be snug as a bug...”

“Apocalypse? Don’t tell me you got religion. I thought you said you were an atheist.”

Dud got irritated. “Not the biblical one... when the government collapses and...”

“Are you watching those reality shows again, Dud?”

“All kinds of people are preparing,” Dud said defensively. “You should be too.”

“Yeah... I think those shows are more about selling than anything else. There’s a whole industry built around them... dried food manufacturing, solar power, air purification, water purification, go bags... heck just look at the megabucks those underground bunker builders get.”

Dud just looked at me kind of nervously. “I gotta go,” he said and made a hasty retreat. 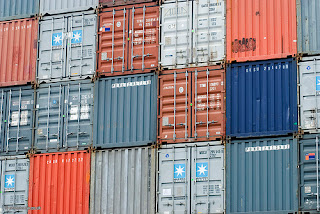 That got me a little curious, so when I got home, I looked Dudley up on Google. Yep, old Dud had ulterior motives. There was a whole raft of listings for Dud’s Disaster Supplies... everything from dried food to Conex containers for underground bunkers.. complete with pictures of the stack on his property just off the highway in the Texas Hill Country There was even a prepper’s podcast with handy tips for "building that backyard bunker and one extolling an “off-the-grid” goods for services exchange. Off the grid? Maybe, but he sure wasn’t off the net.
Posted by S. Bradley Stoner at 11:16 AM