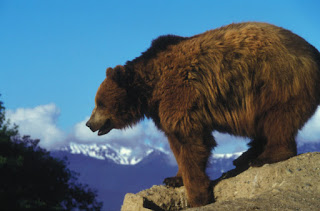 Let me state flat out, I don't watch reality TV. Unfortunately, like everyone else, I am subjected to the big ad push for them, Yep, I see the commercials. They put them smack dab in the middle of programs like Neil deGrasse Tyson's Cosmos; How It's Made; and the historical documentaries that I have been known to enjoy on occasion. I don't know who watches these Reality shows they advertise, but geez people, you can't possibly believe they're real can you?

Take, for example, that ad for... oh heck, I'm not going to say the name, I might get sued... the one with the naked people surviving on their own in some backwater location in South America. You know the one... it has two grimy males and a female with pixelated boobs. Yeah, they're, alone out there. Sure they are. Perfect lighting, flawless sound, and shots that are virtually impossible selfies. And what's with all that dirt? There's water all around them. Didn't their mommies teach them how to bathe? And didn't their daddies teach them how to make things? I know Cub Scouts who can make a pair of sandals and clothing out of reeds. And why are they starving? Good grief, there's all kinds of things to eat in the jungle. If there wasn't the Maya, Nahuatl, and Inca would have all starved to death and we wouldn't have all those marvelous ruins to visit. You don't have to be a genius to figure out how to make a weapon to get that food either... there's plenty of long sticks and rocks. Neanderthals could outperform these bozos... heck, Lucy could outperform them and her brain was smaller than a chimpanzee's.

How about that one where they set a guy out in the forest all by himself? All he can take is a few things to challenge the wild on his own. I'm surmising this because they seem to have rudiments like a knife and a tarp or something similar. They are assailed by weather... rain seems to be a favorite theme here. The are beset by animals... heavens to Murgatroyd, Snagglepuss, those mountain lions are creeping up on you... and they don't fear you! Be afraid... be vewy, vewy afraid. Now, this ad cuts away from those flawless daylight shots and tries to imitate an iPhone selfie movie at night when the lonely guy is telling the audience in a quavering voice there's "something big out there moving around," but the sound is flawless... you can hear his nose whistle when he inhales. You just don't get that kind of sound on an iPhone in the wilderness, with rain falling and the wind blowing... which, by the way, makes it really hard to hear "something big" moving around. Nuts, I've had bears pass within ten feet of my camp on a stormy night and never heard them... I've had them pad past me on a dead calm, clear night and never heard a sound. It's kind of what critters do out there in the real wilderness... they're hard to hear and hard to see most of the time. That's why people get surprised by bears when they're hiking. And mountain lions... those animals are incredibly shy. They avoid people whenever possible, unless, of course, you happen to be jogging on a city trail in California. Then you're cat food.

Then there's those clips about backwoods hillbilly "outlaws" shooting at each other over a root that is "more valuable than gold." They show a guy with a ratty, squashed straw cowboy hat taking aim and firing a high powered rifle with a custom scope on it... and completely missing that figure ghosting in and out of the trees. "If I catch him in my 'seng ag'in, I'm gonna kill him," he says resolutely. Really?? How bright is that? If the guy turns up dead with a high powered bullet in him, the local authorities won't have to look far... and they'll have a premade confession right there on tape. The court can probably watch it on cable reruns. Hillbillies can't possibly be that stupid... or can they? After all, there's a sister show out there that features hillbillies making moonshine... and the cameras even follow them around when they're delivering the clear gallon jugs of the stuff. Yo! ATF! Are you catching all this?

Personally, I want to talk to their script writers... they must all be city kids, because they don't know squat about the wilderness. Oh, come on... you didn't know these shows are scripted? Please! They don't get those perfect shots by accident, you know. Ooooh... lookie.. Jim almost stepped on that deadly viper... zooms in on the viper that, at that very moment, conveniently strikes at thin air... right before the wildlife wrangler snags him off camera with a pair of snake tongs and puts him back in his cage.

Okay, I've got to go now. I have to go mow my lawn. I'll have to be careful though, there's a vicious hummingbird that thinks my chocolate tree belongs to him and I might have to wrangle a Texas Red Headed Centipede, dodge a territorial Mockingbird, or even shy away from that Copperhead... unless the Roadrunner got him yesterday. Hmmmm... I smell a reality show... any takers out there?
Posted by S. Bradley Stoner at 7:23 AM