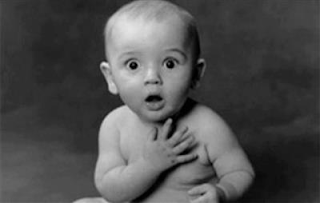 So, I was talking to this young Millenial the other day. Nice young man who seemed on top of his game. He told me that he and his wife had bought a Smart House.

‘Hmmm,’ I thought to myself, and asked, “Can it do calculus? I have a few problems I’d like worked out.”

For a second he gave me a blank stare, and then said in all seriousness, “I don’t know. I’ll have to check the manual. But, I can control everything in the house from my smart phone,” he added proudly.

I asked him to explain, just to hear him wax poetic about the virtues of his new Smart House and, boy, did he oblige. He whipped out his brand new Cosmos 10 (the one with the bigger, nearly unbreakable screen) and commenced to demonstrate his new-found powers.

First up, he taps the app that has a little camera on it. No need for language when you can reference a picture, right? It’s universal. Meanwhile I’m thinking, ‘I wonder if this is how hieroglyphs and picture writing evolved. Maybe they started out with a real written language and just got smarter over time. Hmmm.’

“Are you watching?!” he demanded, noticing that my attention had wandered.

A series of small panes shows up on the screen. He explains that he has security cameras in every room and all around the house. Nothing is going to get by him. He can access it no matter where he is as long as he has access to WiFi… or doesn’t mind paying a little extra for phone access if he’s out of the country. He pans through every room and outside for my benefit while going on and on about the virtues of the system. Meanwhile I’m hearing ‘blah, blah, blah, and thinking, ‘Wow, hacking these would be a thief or peeping Tom’s nirvana if they had a case the place from anywhere app.’ Of course, I didn’t say that because I don’t even know if the case the place app even exists. If it doesn’t, I’m sure someone will invent it and put it on the Dark Web.

He pokes me and says, “Moving on… check this out.” He taps another app and a diagram of his house shows up and he says, prefacing with the name of his hub “magic time.” All the lights in his house come on. Then he babbles on about how each one has a smart plug controlled by WiFi, so he can actually control them individually. Meanwhile I’m wonderimg if the sudden flood of light in the nursery woke up the baby. As if anticipating my thoughts, he says, “Nursery,” and I can see on the screen the light is a soft blue glow. “Smart bulb,” he says. “I programmed it so it won’t disturb the baby.”

He goes on to demonstrate that he can individually turn on the TV, the coffee maker, the microwave, and even the slow cooker.

I get hung up on the last two. “Um, does it also put stuff in the microwave and slow cooker?”

Oh no, you have to do that yourself.

“Next, watch this,” he says almost orgasmically, tapping the app that looks like a front door. “pook-e-doo!” The front door automatically unlocks.

“Oh, you make up your own codes to control the various smart devices. It’s really cool.”

“But, ‘pook-e-doo?’” I repeat incredulously.

“Whose going to figure that one out?” he asks rhetorically. “Besides, I don’t need to use it when I get home. I just hold up my smart phone to the lock and it opens automatically.” He taps another app and it shows a heart rate, blood pressure, temperature and location.

"Yep,” he grins and swithches to the nursery camera focusing on the crib. There lies a sweet little baby wearing…AN ANKLE BRACELET?!

“Nope,” he smiles. I can monitor the baby from anywhere and know if he is doing okay. It also shows me where he is at all times so I don’t have to worry about him. If he leaves the perimeter of the house, I can track him.”

“Why would he leave the house?”

“Well, what if he got kidnapped or something,” he demanded.

Okay, he had a point there, but I couldn’t help wondering, what if the baby was a reincarnated white collar criminal under house arrest? Imaging waking up, seeing that thing around your ankle and thinking, ‘OMG… it’s for life!’ Yeah, I know, I’m a little warped, but that’s how my mind works.

Fast forward three years. NEWS FLASH: Toddler hacks smart house system, powers down everything, effectively leaving parents blind and locked out. He made his escape through an open window and was last seen wearing a George Orwell t-shirt running down the street toward Grandma’s dumb house. 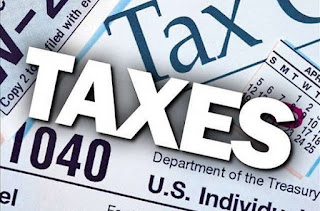 Well, it’s that time of year again. Yep, tax time. I don’t know about the rest of you, but I hate doing tax returns. First off, you have to make sure you have all of the documentation. For me that means a stack of 1099s in addition to W-2s. Heaven forbid you misplace one… it will screw up your whole day… or week, not to mention the potential to screw up your return. I hate it when that happens.

The other thing is, tax time interferes with springtime in Texas. Yep, things are starting to grow and bloom. Good things like my Glads, Mexican Sage, Mexican Firebush, Esperanzas, roses, and Bougainvilla. And bad things like weeds. I don’t know who brought them in, but there are thorny dandelions in my lawn. Yep, I said thorny. They have needle-like stickers on the edges of the leaves… and they have a tap root that tries to reach China.

Not that I like weeding, but I’d far rather spend my time outside than stuck in my office trying to muddle through all the new instructions for forms 1040, 1040sa, 1040sc, 1040se and 1040sse and whatever else I run across that has to be filed this year. Its enough to drive a CPA crazy. So yeah, even weeding seems a better alternative. At least I can be in the sunshine, even if it’s a bit cool.

That’s right, I said “cool.” Fifties and sixties in Texas is cool. Thirties and forties are downright cold. We don’t get may of those days, thank heaven. And I really don’t want to hear all those snowpocalypse stories from you notherners. I used to live up there. It’s why I live in Texas now. It’s more tolerable. At least you don’t have to find excuses to stay inside and do your taxes. I mean, what else are you going to do?

I just finished downloading all the IRS forms and going through all my receipts and office expenses. It was exhausting. I think I’ll go out and pull some weeds.
Posted by S. Bradley Stoner at 10:26 AM 1 comment: