The Square Peg – Batteries Not Included… Well, Maybe They Are.


The Square Peg – Batteries Not Included… Well, Maybe They Are.
© S. Bradley Stoner 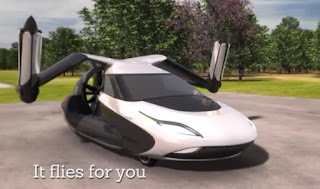 Well, Bob and Duncan are at it again. It doesn’t take much. I could hear them nearly a block away.

“I’m telling you, it was a Toyota SUV!” Duncan shouted.

“Bull crap!” Bob shot back. “I follow this stuff, you know!”

“Nuts… you wouldn’t know a backfire from a fart!”

“So fellahs, what’s this erudite conversation all about?”

“Okay, what’s this stupid argument about?”

“See?! That’s what I mean, you just trade one slur for another,” Bob groaned.

I looked at Duncan, who was smirking just a little. “Does Bob know what…”

Duncan cut me off. “I don’t think so. He probably thinks a thesaurus is some kind of dinosaur.”

“Hey! I’m standin’ right here, you jerks! And I know what a thesaurus is… besides, that has nothing to do with the topic of discussion.”

“Okay, so what are you talking about?” I asked.

“Oh, you mean that Toyota hybrid that hit 307 miles per hour yesterday? Yeah, I saw a clip on the early edition of the news this morning.”

Bob shot me a sour look. “Not you too! There ain’t a hybrid out there that can go that fast!”

“Well actually,” I said in my best sportscaster’s voice, “there is. And Toyota, while fast, still isn’t as fast as that all-electric Venturi… that sucker went over 340 miles per hour

“No way,” Bob snarled. “No all electric car could go that fast.”
“You’re stuck in the nineties,” Bob, Duncan offered. “Heck, the 2010 Tesla Roadster had a top speed of 248 miles per hour and could turn zero to sixty in less than four seconds.”

“With what? A fifty-mile extension cord?!”

“It’s paid for and has only a 111,000 miles on it. It’s good for another ninety thousand at least. Besides, I’m waiting for one of those flying cars Uber is investing in. They say it will be operational by 2020.”

Bob snorted. “You and the Jetsons… good luck with that.”

I shrugged. “I’m just thinking of all the money that could be saved in road building. Just think, all those miles of highway could be replaced by air parks and home landing pads. Besides, I’d trust an autopiloted aircraft a lot more than an autopiloted car.”

“Yeah, look at the tests they’ve already done That Terrafugia is really cool,” Duncan chimed in.

“I give up!” Bob threw his hands up in the air and stomped off.

“Good thing you didn’t tell him about what you’re building in your garage.”

“Shh…. Nobody’s supposed to know about that.
Posted by S. Bradley Stoner at 9:55 AM No comments:


The Square Peg – Eureka and… Just When I Thought It Was Over
© S. Bradley Stoner

First the good news. EUREKA! My new computer is working and online. I got my copy of MS Office Professional installed and cranking and, despite some minor setbacks, I managed to connect to my Outlook email account. What a pain in the patoot that was! But it’s working fine now, so it’s all good.

The bad news? Well, it’s a MicroMush thing. Those #@!%*&^ Windows 8 updates. Yep, it tied up my computer overnight. Why you might ask? Well, it seems Windows 8 gets stuck in this loop that causes an update failure… then the dad-gummed machine has to spend 3+ hours “reverting.” Why it can’t just go, “Oopsie… we couldn’t install your updates,” and release the operating system is beyond me. Anyway, I found the solution to that issue online… from a programmer. It was really rather simple. Just go into the settings and select “Never Check for Updates.” Like the man said, who’d want to update to Windows 8.1 anyway… it’s a giant cluster… substitute the word of your choice here… and it doesn’t work worth beans.

So, everything is working now and I can get back to writing. I’ve put off at least three projects while I dealt with computer issues. Glad that’s over. So, I found my happy place, right? Not so fast buster. As I’m happily cooking along, the phone rings. WTH?! I thought politics was over for at least two years. But noooo… Somebody decided that, since we’re not focused on national and state elections, now would be a peachy time for local elections. And while local politicians don’t have the budget the biggies do, they apparently have enough to buy robocalls or have sufficient volunteers who have nothing better to do than call me up to ask me to vote for their candidate. Or worse, those idiots who conduct skewed polls. You know the kind.

“Good morning. We’re conducting a brief scientific poll for Nobody-Gives-A-Crap Poll services. Can you spend a few moments with us?”

“Now, may I ask if you are a Democrat, Republican, or Independent?”

Now, I could claim a party affiliation, but I really don’t have one, so I would normally answer, “Independent.” That usually garners a “Thank you,” and a click as the line goes dead. More recently, I’ve been saying, “Mugwump,” or “Smurf Party,” or some equally inane response. I have responded with, “I’m a strict Constitutional constructionist,” but that just seems to confuse them. I’m pretty much convinced they don’t know what that means. I doubt if they have even read the Constitution, and they likely think a constructionist is a carpenter or steel worker.

I don’t even know much about the candidates for Mayor or City Council, but I do know that a conservative has a snowball’s chance in hell of getting elected in San Antonio. Except for voting “NO” on improvements issues that will do little more than raise my property taxes, I wouldn’t be inclined to vote at all this go around. Not that my “NO” vote will carry a heck of a lot of weight, but I know how those things go. We passed a bond issue to “improve” the road that runs in front of our subdivision four years ago. The work was supposed to have begun two years ago and be completed within a year. Well, they started on it last year in August and it doesn’t look like they’ll be done until sometime late 2018. Right now it’s a pot-holed mess. Why on earth would anyone vote for more improvements like that?

The phone just rang again. The caller ID said, “Unavailable.” Yeah, me too.
Posted by S. Bradley Stoner at 7:04 AM No comments: