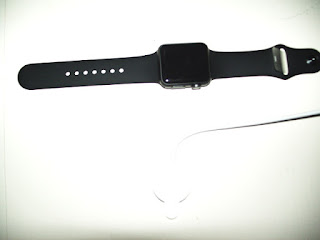 I’m excited… or at least I was. My lovely won an Apple Smartwatch, Series 1. It’s an older model, but brand new in the box, and never opened before I got my paws on it. See, she gave it to me for my birthday… a little early, but what the heck. She’s a sweetie. I read about all of the things it can do… track your exercise, heartbeat, play your tunes, get messages, and take calls… oh wait, you can’t do that last one with this series, but you do get Siri and her dulcet tones. Besides, you have to carry your phone with you… and it has to be an iPhone. Well, hell and damnation! I have an android.

So, being the clever soul that I am, I look up hacks for Smartwatch on android, figuring that some smart geek out there has figured out how to make that work. Turns out, there are a couple of hacks, but it also turns out they don’t work very well, if at all, on the Series 1. Well, crap on a cracker! My Smartwatch isn’t looking very damn smart at this point.

So, I call up my oldest… a devoted iPhone aficionado… to see if he knows of any good way to make my Smartwatch work on my brand-new Moto. Nope. Not a chance. No way. No how. At this point, I’m about ready to stuff that Smartwatch down my stupid muzzle loader and send it to Apple hell where it belongs. I think oldest catches my drift, and pipes up, “I have an iPhone 5 you can have… I just keep it around for backup, but I’m on iPhone 8 now and I still have my iPhone 6.”

I should be thrilled, right? Only I’m ready to throttle the kid for collecting iPhones like they were candy. Those suckers are expensive… some would say overpriced… me being among the ‘some.’ None-the-less, if I can get an iPhone at no cost, well I suppose it will be worth it if it makes my Smartwatch work. I’m not thrilled about it. I like my android and I know how to use it. iPhones come with enough instructions that you ought to be able to build one when you get done reading them. Oh, and I’ll have to switch providers as well. That was in the cards anyway.

Despite what the former “Can you hear me now,” guy says, Sprint sucks when it comes to coverage. There are a plethora of Sprint phone dead zones in the western U.S., and I happen to like to travel there… a lot, not to mention my youngest is an OTR semitruck driver who travels out there a lot as well. He’s the one who decided Mom and Dad need cell phones… this after I had finally gotten rid of mine after years of having one for work because I kept getting work related calls after I retired. For a brief two years, silence was golden.

Anyway, when he comes home later this month, he’ll switch over to a new network, meaning so will we. That’s when I’ll get the iPhone. Until then my stupid Smartwatch will sit on the counter and collect dust.

Posted by S. Bradley Stoner at 7:00 AM No comments:

The Square Peg – Absence Makes the Heart Grow Fonder… Or Does It?

The Square Peg – Absence Makes the Heart Grow Fonder… Or Does It?
© S. Bradley Stoner 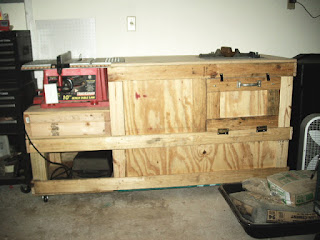 Okay, I know I’ve been gone for a while…BUT, absence makes the heart grow fonder, doesn’t it? Well, maybe not. We’ll see. So, what have I been up to? you ask. I did hear you ask, didn’t I? Okay, I’ll run it down for you.

First off, I volunteered to help a Brazilian romance authoress get her translated book into proper English (the original translation was quite literal and, therefore, quite confusing, not to mention out of step with American culture). So, I “Americanized” it. It started out innocently enough, the plot wasn’t bad and it had a neat twist at the end, but it quickly evolved into a racy adults-only type of book. Not my cup of Joe, but a promise is a promise and a commitment is a commitment. I soldiered through it and made it better for those to whom it will appeal. The authoress, by the way, is a best seller in Brazil with twenty plus books to her credit. She offered to name me as editor. I politely declined. My lovely laughed and said, “Well, you’ve run the table now, from physics to porn. It’ll probably wind up being a best seller here too and make more money than all of your books.” Probably, but I don’t want that rep, thank you very much. Moving on.

Spring came early here in south-central Texas, so there was a lot I needed, and/or wanted to do. One thing I needed was a good place to put my table saw so I could actually use it. And while I was at it, I thought I would combine it with a router table… more convenient and dual purpose. So, given that I had a bunch of scrap wood left over from other projects, I set to building a rolling table saw/router table. That ate up a week… not because it actually took that long to build, but, hey, I was in my shop and I get sort of distracted when I’m in there. There’s always some little thing that needs doing. You know how it goes. Besides, Bingo Bob showed up while I was building and asked what it was. I told him, and when I saw the expectant look on his face, I followed up with, “Don’t even think about borrowing this. It ain’t gonna happen.” I think that’s about as fast as old Bob has left my garage since I moved here.

Then, of course, there was spring planting, which down here starts in February and runs through April. Yeah, I’ve got Gladiolas, Vincas, Zinnias, various wild flower mixes, all planted and growing. And I finally found a home for a Ceratonia (carob) volunteer that I dug up and potted just to see if it would die or not. It didn’t. It reached 3-feet before it went to one of my lovely’s coworkers.

Oh, and the green monster finally let me down, so I had to get a new mower. The monster’s engine is still perfectly ok, and I put a brand-new blade on it last year after I tangled with a rock and bent the bejeepers out of the old one. Sometimes it doesn’t pay to get up in the morning, you know? The problem with ole green lie in its rear wheel assembly and handle… it got so when I went to turn, the handle would go all the way to the ground, rather than lifting the front up so I could execute a neat 180… and it wasn’t fixable. No worries, I’ll salvage the engine and re purpose it, and having a spare blade on hand is always a good idea. Oh, and I’ll likely find a use for the wheels… they’re steel with good hard rubber. The new mower has plastic wheels, but it is easier to turn and it’s a lot quieter than the green monster. I’m not sure, but it’s possible the muffler is going. I’m sure I can find another one.

Since we have a sort of wind-tunnel effect going where we live, I decided it was time to get a new roof put on. I went with standing seam metal. It looks good, won’t be bothered by wind or hail and adds a ton of value to the property. Yeah, I contracted for that. You don’t think I’m nuts enough to work on an 8/12 pitch roof at my age, do you?

Of course, during all this time, I am continuing work on a follow up to The Case for Pandora (a book about building long distance spacecraft now) that deals with space infrastructure necessary to support exploration and possible colonization of planets in our galaxy. And there’s the novel I’ve been working on for several years… I’m currently on chapter 23 and have about ten more chapters to go before it’s complete… I hope. We’ll see.

So, that’s where I’ve been and what I’ve been up to. I’ll try to get back in the groove with the Peg, but I’m not making any promises. Stay tuned.
Posted by S. Bradley Stoner at 8:49 AM No comments: