The Square Peg - Meat. It ain't what it used to be.

Meat. It ain't what it used to be.
Copyright S. Bradley Stoner 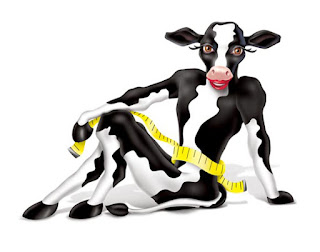 I went shopping for some meat to put in my freezer the other day. It was on sale. Does anybody know where they get this stuff? Does anybody in the meat business know how to cut meat anymore? It all comes on little Styrofoam trays shrink wrapped in plastic now. It says "USDA Choice" on the package. When did they change the grading system? And more importantly, why? Choice is the new designation for "Good"... sort of.

I looked at the sirloin on sale. Do they know the difference between sirloin and round steak? I don't think so. There wasn't a real sirloin in the lot. The sirloin tip roast wasn't... either sirloin or tip. It was a butt roast. I looked at a Porterhouse that wouldn't pass muster as a decent T-bone. And I know meat. I used to raise my own beef, pigs, turkeys, chickens, and ducks. I even had guinea fowl at one time that I was more than happy to slaughter. The damn things will drive you crazy. They sound like rusty gate hinges and they sound off a lot. Which leads me to my next point... I butchered my own meat. I KNOW how the cuts should look... and it's nothing like what the supermarket packaged meat looks like.

Then, if you read the fine print, you find out that water has been injected and "some food coloring" has been added. The coloring must be for visual appeal. The water is just another way of ripping you off. It does nothing for the meat except make the pathetic goods they try to sell you look plump. You probably wouldn't buy them if you saw how they looked coming off the butcher line. And then they don't even label the ground meat correctly. Ground round shouldn't be stringy with gristle... a pound of extra-lean shouldn't leave you with half a cup of fat and water. Extra-lean shouldn't have more than a teaspoon. Turkeys? Forget about it. They pump those things so full of water it's a wonder they don't spring a leak when you take them out of the plastic shrink wrap.

They don't use knives to cut meat anymore either. They use a band saw, which probably accounts for the odd ball and off-grain cuts, not to mention all the bone fragments they apparently don't have the facilities to wash off the meat before it hits the packager. But hey! It will give you that extra calcium if you happen to be a little low. That goes for chickens too. I just scratch my head. I can take a whole chicken and cut it into legs, thighs, wings, back, and split breasts without ever touching a saw. And I can do it in under three minutes. Trust me, it's not that hard.

The beef they sell is "grass-fed," none of that nasty corn fed crap. The powers that be have decided they are going to make us healthy in spite of ourselves by forcing tough, lean, meat on us. That way we can burn lots of calories trying to chew the stuff and won't be eating any of those saturated fats that make beef taste so good. I've discovered the secret of that lean beef, though. It comes from steers raised in drought stricken plains in Texas, Arizona, and New Mexico. No wonder they have to add water. And no wonder it's tough... they have to walk miles between the clumps of grass.

Oh, they have prime meats alright... they keep those behind glass in the "Select Meats" department that's right next to the "Select Seafood" counter where that fresh salmon, shrimp, tilapia, mahi-mahi, and swordfish are tucked away to prevent customers from actually getting a really good look at or touching it. But then you find out that that meat is just the old Choice at a prime price... a really prime price. I'll skip that, thank you very much. I'm not going to bankrupt myself over a steak... and neither should you. It isn't worth it.

I think I'll look for a place with a few acres, some good pasture and a small field in which to grow barley, oats and corn. Then I'll get my own critters, raise them, and finish them on corn, oats and barley and butcher them myself. I can even build a smokehouse like the one I used to have and make those wonderful Virginia hams and smoked turkey again. Until then, I guess I'm stuck with that healthy crap they try to pass off as meat.

Well enough of a rant on meat. I just got a phone call... it was labeled "Illegal Scam" on my Caller ID. Normally I wouldn't answer such a call, but curiosity got the better of me. It was a robocall stating, "This is not a sales call... you have been referred by a neighbor..." It told me I was "eligible for a free security system..." I hung up. At least they got the caller's ID right on this one. I wonder if they have labels like that for the supermarket meat departments?
Posted by S. Bradley Stoner at 9:23 AM