The Sqare Peg - Everything I Ever Needed to Know...

Everything I Ever Needed to Know...
Copyright S. Bradley Stoner

[Note - I'm taking a page out of Jeremy Crow's Blogaholic Writer's Tips for this one... I have new material, but I just don't have the time to work on it today. This is an oldie, but a goodie... and it still applies.] 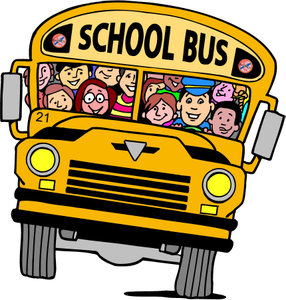 Someone once said, “All I ever needed to know in life, I learned in the first grade...” or was it kindergarten.  Doesn’t matter, they were only few months apart and my memory of the timeline is fading fast. I’ve thought about that saying for some time now.  What exactly does one need to know in life? Hmmmm... that takes some thought, so let’s be logical... let’s take inventory. Well, there are the basics... food, shelter and communication.

You need food or you waste away into nothing and die.  Check... I knew how to get food by the end of the first grade.  If it wasn’t on the table, it was in my brown paper lunch bag (and later available via the lunch line in the school cafeteria if you had a lunch ticket). I didn’t exactly have a great deal of choice about my food, somebody else decided the menu, but there were always the lunchroom trades... “I’ll trade my tuna sandwich for your peanut butter and jelly.” I must confess, I was only successful at that once or twice. Word got around about tuna sandwiches that had sat in a brown paper bag for half a day... they smelled fishy. It didn’t matter how well you wrapped them in waxed paper... it didn’t matter if it was warm or cold outside, your lunch bag still smelled like Fisherman’s Wharf. Don’t get me wrong, I like tuna... just not everyday. Okay, maybe that’s an exaggeration. Occasionally I got egg salad. I liked that, especially when it had sweet pickle relish in it. And I did get a real change-up one time. Anybody ever eat a sardine sandwich? I don’t recommend it. I always got a desert... it was an apple or an orange.  Geez, what was I? A health nut? Ever try to exchange an orange for a cookie? There aren’t many takers. Okay, so at least I knew how to get food. It kept me going.

Shelter is always important. It’s good to know that on those frigid Colorado nights I had a warm bed to park it in. My very own bed. Didn’t have to share it with anyone, although I did have to share my room with my brother until Junior High. That was a pain in the proverbial you know what. The kid never stayed out of my stuff. He was of the mind, “What’s mine is mine and what’s yours is mine.” After Junior High, I didn’t have to worry about that until I got married... then it was stated right up front, not implied. It’s okay if you are given the terms and then accept them. I digress. So, I knew where to find shelter... and what it was composed of. A roof, four walls, a furnace, and, most importantly, running water. I do like my showers. Oh, and as George Carlin later pointed out, “A place to put your stuff.”  I could have done without my brother’s junk. It took space away from my bug collection, my rock collection, and my baseball cards. I had one bed, one dresser, and one bookcase. No desk. I did my homework on the kitchen table like every other kid in the neighborhood. We didn’t have a TV (horrors!), but then I spent as little time inside as I could. I was outside when I wasn’t in school. And, if truth be told, my mother was probably not exaggerating when she said I brought most of the outside inside. So, check... shelter’s covered.

Communication is essential. How else are you going to let your fellow man know that you have a need for the other two? I must confess, I could talk a blue streak before I started school. It only got worse with age. Ask my brother. Ask my teachers. Ask my colleagues. Ask my wife. Ask my youngest son.... on second thought don’t ask him. He never shuts up. I swear, it took the longest time to get him to talk, but once I did... oh never mind. Yep, I still remember the notes on my orange cardboard report cards. “... talks too much in class.” “...won’t sit still.” “...whispering during class.” “...stares out the window.” Well fiddlesticks. Outside was one whale of a lot more interesting to me than what was going on inside. Later in life those comments would translate into, “Insatiably curious,” “...communicates well with others,” “...works well in a team setting,” and “...extremely observant.” I guess it all depends on one’s point of view. What I did during class was no different than what I did outside of class. I drove the plumber nuts asking him how he was going to fix the busted pipe. I wanted to know what that thing he was using on the pipe was called and why he had to fiddle with it. Basic lessons in the fundamentals of pipe wrenches. Introduction to pipe unions.  First experience with pipe dope... NO not the smokable kind you weirdos... the kind that helps the pipe joint bond. Although I did learn over time that if you use the stuff in a confined area without proper ventilation, you got really light headed. Sigh. Part of communication is knowing how to count... how to add, subtract, multiply and divide. I am proud to say, I got an A in arithmetic. Writing isn’t a bad skill either. Learned the basics in first grade. After that, it was all refinement. So, check off communication. I could DEFINITELY communicate. I communicated “all the damn day” as one of my teachers said. I rather thought that was the point. What good is it if you don’t use it?

So, was that it?  You mean I spent 12 years going to primary and secondary school, then four years in a university when I really didn’t need to. What the !@$%!  I could’ve been floating down the Mississippi with Huck Finn and Tom Sawyer... oh wait, we didn’t get to those until Junior High. I must confess, however, I had read them well before I got there. Fun with Tom, Dick, Jane, and Spot just didn’t make it for me. There was COOL stuff out there to read about. I had books on birds, books on bugs, books on critters... ooooh! and I had Tom Swift and his Flying Lab along with about six other Tom Swift books. By the time I finished Junior High, I had read every book in the library (except for the girl books, of course) and was into college level science books. Yep, I was hooked... on learning.

So I guess I did learn everything I needed to know for life in first grade. It was the beginning of learning how to learn. That leads to ever higher forms of learning, which, of course leads to dealing with whatever life throws you. From appreciating shelter, I learned how to build shelter. From receiving food, I learned how to husband and prepare my own food. And it all boiled down to communication. Whatever else I learned in life all flowed from that first encounter with the communication of learning methods. It’s probably why I teach my children about the importance of words, the beauty of structure, the joy of completing a thought. Precision in communication is not just important, it is essential.

"Okay, now I are done and is going to cop me some zees."  I heard that from a high school student.  Holy crap!
Posted by S. Bradley Stoner at 8:41 AM