The Square Peg - TV Ads or Who Are These Guys Anyway?

The Square Peg - TV Ads or Who Are These Guys Anyway?
© S. Bradley Stoner 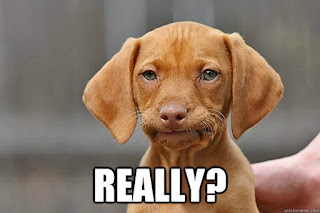 There are some things in life that just annoy me. Not to the point of driving me to distraction or raising my blood pressure mind you, but annoying nonetheless. TV ads will do that to me. Take the three little old ladies taking a test drive in a new car with a young salesman. First off, those women have annoying voices. That alone is enough to make me switch channels, which I did only to have the balance of the commercial show up on the new channel. Geez. Second, do these ad writers think all older people have lost all their faculties and reverted to teenage babble? Lord, I hope not. That ad alone would make me consider going to a different car manufacturer... one that shows the capabilities of the vehicle without all the nonsense. The one with the older cowboy using horses to unstick his truck... oh wait... that's a Viagra ad.

Then there's that insurance company ad. You know the one... it has the woman with the "name your price" tool. Now those ads were pretty good for a long time, then suddenly the ad writers went stupid. Who wants to see an ad with all the family members played by the same woman sitting around the dinner table whining and sniping at each other? Let's face it, they didn't even do a good job with the makeup. Maybe they should have laid out the money to hire Eddie Murphy's makeup artist... I mean if someone can turn a skinny little guy into a lovable fat man and make it believable... well heck, you've got something there. I think that insurance company with the lizard is looking better and better. At least the ad people show some imagination on that one. Let's just hope they don't follow the progressive movement in ad production.

And what about that cell phone company with the geese that get upset because they switched to a company that just doesn't have good coverage everywhere? Okay, I'll admit the premise is sort of cute and they did a pretty good job on the visuals... except for one minor flaw. Okay, it's a major flaw. If it was minor it probably wouldn't annoy me. "What might that flaw be?," you ask. It's the geese. The ad opens with a set of beautiful shots of Canada Geese taking off and flying south. Great photography. Then they show them landing. WAIT JUST A DAMN MINUTE! Explain to me how on earth the landing geese turned into a completely different species? Don't those ad guys know the difference between a Canada Goose and a Barnacle Goose? Obviously not. And why, in the middle of bemoaning the coverage issue and telling the public that those geese hate that buffering thing, do they pop in a closeup of a Canada Goose head and neck? I didn't see one single Canada in that flock on the field. I'm an environmental biologist... I notice these things, but any idiot can see that there are two different kinds of birds in this ad. Who are these guys anyway? A little attention to detail, fellahs. Frankly, I don't think I'd trust a company urging me to "come home" that can't tell the difference between two completely different critters. I'd be afraid they might be baiting my switch.

Honestly, I'd rather watch the beer ads during football games. Who doesn't like watching big horses play soccer? Or people getting hit in the head with apples? That's almost as fun as the game itself. If they start screwing up beer ads, I'm going to shoot my television. I can download film of the cheerleaders on my computer. Y'all have yourselves a nice day now, and don't watch too many ads... they'll rot your brain.
Posted by S. Bradley Stoner at 8:12 AM