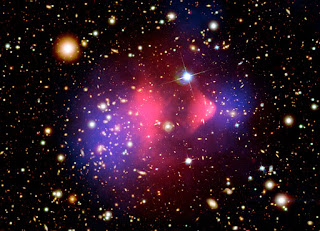 Mid-August... zero dark thirty... dawn watch... I was up. I kept to the shadows, away from the sensor that would flood the darkness with the glare of 400 watts of GE floods. Silently, I stole to the coiled green hose and screwed on the nozzle, closing its aperture to contain the flow until I was ready to release the torrent on the creeping brown that threatened to consume my lawn. Back I crept like a ninja, carefully keeping out of the sensor’s view, until I reached the edge of the Baked Plains. And then I let her rip... the hiss of the sudden gush filled the morning as it knifed through the already rising heat.

About that time, Bingo Bob came strolling up. “Watering your lawn?”

“Doesn’t work,” Bob shook his head, completely missing the sarcasm. “I know... I tried it.” He watched as I moved the stream around to soak all the brown. “Oh,” he sighed, “you were joking, right? Speaking of jokes... I’ve been watching the Discovery channel.”

“Yeah,” I nodded, “some of the stuff they put on that channel is a joke.”

“Careful about who you include in that ‘we,’ Bob.”

“Maybe you are, Bob, but the rest of us might disagree, although some are pretty big for their britches in the significance department.” Sometimes when I take the conversation down a slightly different path, it confuses Bob.

“Britches?” Bob looked down at his bay window.

I knew he couldn’t see his britches... matter of fact, I’m not sure he could see his shoes. I could see the look of consternation on his face and did a quick mental calculation. “Well, Bob,” I said, “since people are around sixty percent water, I figure the real you... everything that isn’t water... only weighs around ninety six pounds.”

“Good to know,” Bob replied. Then the light bulb went back on. “See, that’s what I mean... look at the universe... it’s huge. On that scale, we aren’t even an atom. We probably aren’t even a boson.”

I was impressed. Not at his general statement... the fact that he even knew the term boson. “Ahh, you’ve been watching Cosmos again, haven’t you?”

He ignored my comment. “Yeah... we aren’t even a speck in the universe. Makes you wonder why we even try. I mean, would the universe come to an end if I didn’t show up to work? I don’t think so. Would there be a disturbance in the space time continuum if I barbecued every night? Not a chance. Does the universe care that we might be heating up our planet? No way. So why get excited if somebody blows up something somewhere and offs a lot of people? We’re all just dust anyway.”

I hate it when Bob gets philosophical. First off, his logic is fuzzy and second, it usually leads to some topic that has nothing whatsoever to do with his original thought.

“I mean, just look at us... we send troops off to some place I’ve never been, drop bombs on people I’ve never met, and slap sanctions on countries I don’t give a hoot about. Don’t you think that’s a little ridiculous compared to the immensity of the universe. And it’s not like we are alone... Did you know that ancient Egypt had airplanes and technology we can’t explain even today?”

“Well think about it... if there aren’t intelligent beings out there, it would be an awful waste of space, now wouldn’t it?”

“Well it’s true... And we know there are aliens... they got some back in 1947 and locked them up in Area 51. Only one survived, but he gave us all those technological advances and created a bunch of new movies and TV shows.”

“You got to quit drinking beer when you watch TV, Bob. Your fact and fiction are mixing. You know Paul was just entertainment, right? He wasn’t real.”

“That’s what the government wants you to think... they’re spoon feeding us the truth little by little. Pretty soon you’ll see... we’re going to have to fight for our right to exist when the bad ones come.”

“Like I said... spoon feeding. They don’t want us to be surprised when that day comes.”

Bob was getting worked up. The veins on his forehead were standing out and his face was getting red. “Calm down, Bob... you’re going to break something, and I don’t have my cell phone out here.”

“Well, it just ticks me off royally that the government thinks we’re so dumb we can’t handle the real story. Who do those guys think they are anyway? We oughtta throw the lot of them out on the street... or shoot ‘em.”

“Careful Bob, remember we have NSA right here in San Antonio... they probably hear everything you say.” Okay, that probably wasn’t very nice, but I had to find a way to shut Bob up. When he gets that way, he’ll follow you around bending your ear until you pass out. Besides, the lawn now was good and wet and I wanted to go inside to get some breakfast. ‘Maybe,’ I thought, ‘if I let the hose get away from me, it’ll soak Bob down and he’ll have to go home.’ Tempting as that idea was, it would have been rude... funny as heck, but rude. So I didn’t. I just shut down the nozzle, turned off the water, opened the nozzle to relieve the pressure, and coiled the hose. Bob stayed right on my heels.

“Those aliens are softening us up. Kids on video games all day long, religion crumbling around our ears, marriage rules breaking down... you know they want us all to be homo genius... that way it’ll be easy to for them to take us over. Bet they’ll have us decorating the interiors of their spaceships before the decade is out.”

I thought about telling Bob the word was “homogeneous” not “homo genius,” but that would have just kept him going. I wasn’t going to take that chance. Instead, I grabbed a carpenter’s pencil and a scrap of paper from my work bench, scribbled a web address and handed it to Bob. “Here, go look this up on the net... I think you’ll find it enlightening.”

Bob raised the scrap to better view it. He read the inscription. “alienfoolthoughts@gullible.org,” said, “That’s a great idea!”

I watched him retreat toward home. I know... it was mean, but at least I got to eat my breakfast in peace.
Posted by S. Bradley Stoner at 10:51 AM