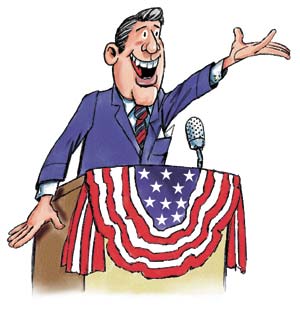 So, there I was, happy as a pig in mud, trimming my roses so they would bloom again. The sun was out, it had just rained... things smelled good, the ground was just a little squishy, and I was avoiding the thorns, which were particularly nasty on one of the bushes. I was in the zone. It was too good to last.

Duncan Donutz came strolling by... it's a good thing Duncan visited Krispy Kreme often or his stroll would have been turned into a drag by his big German Shepard, Gnash. Duncan waved at me. I waved back and shouted, "How's it going? And how's old Gnash." Duncan scowled. Gnash... well Gnash just sort of gnashed, if you know what I mean. Right then I knew my pleasantries were going to be greeted unpleasantly.

Duncan detoured from the sidewalk and strolled onto my lawn, the scowl never leaving his face. So, like an idiot, I did it again. "'sup?"

"Them guys are all idiots," Duncan grumped. "Every damn one of 'em. ID-EE-UTS!"

Now, I know Duncan had a beef with the HOA (don't we all?), he'd had a slight run-in with the school board, and he was thoroughly pissed at his next door neighbor because that guy was, "a freaking pinko commie California hippy." I guess he didn't like the garage band the neighbor's kid had started. Well, to be honest those drums banging late at night can get a little annoying, especially when the drummer can't keep the beat in synch with the rest of the band. But, we were all kids once, weren't we? Cut 'em some slack. At least they aren't out spray painting graffiti or rotting their brains on dope and video games. I give them pluses for that. I had to ask... didn't I? Idiot. "What guys?"

"All of those nut jobs running for President."

That caused a torrent. Good old Duncan had apparently been chewing on this for some time and he started dumping. So did Gnash, which didn't make me very happy. My lawn is not a doggy rest room. "The USA," Duncan spat. "There isn't one of them worth two hoots in hell, far less worthy of a vote, but you can bet your boots the ignoramuses in this country will put one of them in office. This country is going to hell in a hand basket and the mass of stupids are driving the train at top speed."

"Interesting visual," I commented. I pointed at Gnash, "You're sidekick left a present on my lawn."

Duncan pulled a plastic Walmart bag (which I thought somehow apropos) out of his pocket and bent to pick up the pile without breaking stride in his diatribe. "On the one hand you have that lying witch..." only he didn't say witch, which, while likely accurate, was sort of rude and might upset Bill... or not, "and on the other side you have mister Broadway Big Bucks, another generation of the Bush dynasty, and a bunch of career governors who all think they have a chance and are only confusing the issue... there's that namby-pamby Jersey guy... he's worthless as tits on a boar... that Ohio guy who hasn't managed to pull his state out of the economic doldrums yet... good ol' Rick from Texas, but those glasses just make him look goofy... it might make a pretty young woman look smart, but that doesn't work with him. And then there's..."

"Sounds like you're more focused on the GOP than the other party."

"Well heck and tarnation... there's really only one running on that side."

"Geez, Duncan... your relying on TV news again. There are five that have been in the news, six if you figure the Veep might run, plus there's over forty who have declared or formed exploratory committees on the Donkey side of the ledger. Kind of funny that the talking heads don't report on the crowded field of Democrats, isn't it?"

"Didn't know that," Duncan admitted. "I'll have to look it up. Anyway, those reporters are all commie pinko liberals anyway."

"Well, no," Duncan nodded, "they're the only unbiased reporters out there."

I wanted to say, 'Sure they are...' but I held my tongue. Frankly, I don't believe any of them. I'd rather waste my time watching Gilligan's Island than watch the news... except for the weather report. I'm running a book on their predictions. So far I'm up forty bucks. "So have you made up your mind about who you'll vote for?"

"Too early... I'm leanin' toward the Tea Party, but I'm not sure they have a chance. Damn shame too... What about you?"

"I'm thinking Ecuador has a nice ring to it."