[Author's note: This was obviously written before I met the love of my life to whom, as of this day, I have been married for 25 wonderful years that I wouldn't trade for all the tea in China... not that I drink tea... well, I do, but it's iced tea, it's a southern thing. We met in an elevator, in an airport... at gunpoint... but that's a tale for another day.] 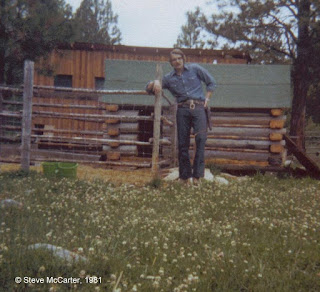 I'm steamed. The four thousandth six hundred and forty ninth person to do so this week just asked me if I was married. I don't mind the question, but those looks you get when you say "no" are about to drive me around the bend. Is being single a disease? If it is, then why hasn't my doctor prescribed something for it? He seems to think I'm just fine. But not the rest of the world.

Married women are the worst. Particularly middle-aged married women. "Oh, you poor dear," they'll say. "You poor, poor dear." If they think I'm so poor, why don't they give me money? If I had more money, I might just consider matrimony... or not.

Some think that if a man is past thirty and still a bachelor, he must not eat at all, or subsist entirely on junk food. The most often heard comments from these ladies are, "You must be famished," or "Why don't I fix you a good, wholesome, home-cooked meal?" Some just look you up and down like they were measuring you for something. I've found out most of them are married to traveling salesmen and football junkies.

Family is right up there with married women. Most of my family is married. I KNOW they think I have a disease. Once called restlessness. How do I know? Why else would they keep asking me, "Don't you think it's about time you settled down and got married?" Good Lord! I've been in the same place for ten years. Some of them have been hoppity-skipping all over the darn country during that time. And, we're not talking vacations here. The men in my family are sort of strange too. They keep saying, "Don't you think it would be nice to have a wife when you want to... well, you know..."

In lowered voices and hushed tones so 'the ladies' won't hear, they say, "Do it."

I give them the old blank stare. That get's them frustrated. I let them stew a while, and then say, "This is the eighties for Pete's sake." After all these years, I'm surprised they have the same reaction. It's one of utter shock.

Married men, on the other hand, assume I'm out there whoopity whooping it up every night with a different girl. I'm not. That doesn't seem to make any difference to them, they still think it, ask me all kinds of weird questions, and give me sly glances. All of their midnight fantasies are supposed to be available to single men. Do they really think single women are that stupid? That's why they call them 'fantasies' and not 'realities.'

Some of the jealous types are afraid I'm after their wives if I wave at them or simply say, "Hello." I'M not that stupid. I like living... with all my parts intact. But, I still don't get invited to many barbeques. Swim parties are completely off limits. Who knows? A pair of forty five year old legs might turn me on. I might go absolutely bonkers at a pair of sagging boobs and go madly pursuing their sweet lollypop. They might have to put their beer down, stuff the kids in the station wagon, and teach me a lesson. Fat chance.

A writer friend of min told me that I really was missing out on something, though. Kids. Kids are wonderful, he told me, they are a joy. They are fascinating. They are terrific fodder for writing. All of this while he was yelling at his sixteen year old and trying to get the crayons out of the printer.

Emily has been talking matrimony. One of her friends just got married. I'm not sure. I don't think I'm quite ready yet. She keeps wanting to put my dirty sox in a hamper. I don't own a hamper. I use a garbage can. And, I like my sox hanging around... it makes them easy to find. She wants me to move the dust around every so often. What's the point? It just settles back somewhere else. She wants me to clean off my desk. That would be disastrous. I wouldn't be able to find anything.

I just got a survey call. Guess what the first question was.... "ARRRRRGH!"

[Post script: When I finally did meet my future bride (it wasn't Emily), we went together only three months before we tied the knot. My friends and family were aghast (again). They warned me not to be so hasty... they told me to wait. And when I didn't, they solemnly shook their heads and said it wouldn't last. Ha! Like I said, twenty five years and counting... what a ride!]
Posted by S. Bradley Stoner at 8:51 AM