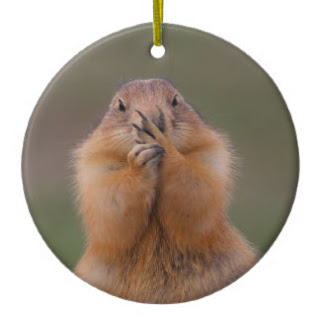 I've never been a joiner. Recently, however, I've been considering membership in one of the local environmental groups. The preservation of the environment is a noble cause. It's a worthy endeavor. And, because these groups are fun loving and non confrontational, I won't have to worry about spending time in the hoosegow.

The Universal Preservation Coalition, for instance, has most recently been involved in studying the Three-banded Mud Toad. This is not to be confused with the Southwestern Two-Banded Mud Toad, which in no way is a threatened species. The Three-banded Mud Toads are tiny creatures, barely macroscopic, that inhabit hard packed dirt parking lots. These tiny creatures appear only after a long, wet spell, and are most often observed after a tequila sunrise. Because of the diminutive nature of the toads, members of the UPC have often complained of headaches and a visual problem that makes them see lines and bars.

When I expressed concern over such side effects, the president of UPC, Heddy Hurtz, said, "Nothing comes easily. We environmentalists are often called upon to sacrifice for those species less able. It's a small thing to ask for the preservation of an endangered species."

I contemplated this for a moment. It made sense. "No pain, no gain?" I asked.

"You got it," Heddy replied.

The Hope for Unidentified Creatures in the Kingdom of Earthly Domains is more diverse than UPC. The members of this organization are less discriminating, more universal in their approach. These carefree people go in search of species heretofore undiscovered, and then set up funds to ensure their survival. I'm not clear from the literature whether that means the critters' or the members' survival.

HUCKED made two discoveries on a recent picnic. An almost unheard of back-to-back double. Iliff Dangeroos, a man of impeccable dress, if not reputation, had the privilege of naming them, since he was the first to notice them. Iliff had been standing there in his safari jacket, bush shorts, and klettershule, brushing the dust off his crushable felt hat when he saw the first and smelled the second.

"Arachnida woofii and Pseudomarsupialis nardii," Dangeroos said proudly. The former he described as a moderate to large sized, furry bodied, brown spider. It seemed quite ordinary, eight legs and all, except that it had an unsettling and unexpected vocalization. "Whenever I approached the bugger," Iliff said, "and bent over to pick it up, it erupted. Sounded like a small angry dog, it did." That's where the common name comes from... Barking Alpine Spider.

The second, P. nardii, has subsequently been seen and described. It is a true mammal, but has a pouch much like a kangaroo, hence the designation Pseudomarsupialis. It seems this hairy, rather ugly animal, the Shagnasty Bushnard, has been found to place its young in the pouch immediately after birth. The kit attaches itself to a single teat and there remains, totally undisturbed, for an entire year. This strange behavior seems to account for the malodorous scent, and the fact that nardii is usually smelled and rarely seen.

One last fact. A. woofii and P. nardii seem to have a symbiotic relationship, woofii is always heard immediately before nardii is smelled. Most reported observations have been at chili cook-offs and bean and weenie picnics where there is plenty of beer. Nobody knows why.

After hearing the exciting exploits of both groups, I was hard pressed to make a decision as to the one I would join. Careful consideration led me to try to negotiate a merger. It has finally succeeded. I'm really excited. I'm about to become an UPCHUCKED member!
Posted by S. Bradley Stoner at 9:13 AM