The Square Peg - On Patrol and the Stinky Affair


The Square Peg - On Patrol and the Stinky Affair
© S. Bradley Stoner

Zero dark thirty. I was out on patrol... okay, I was out for my walk, but that doesn’t sound nearly as cool and being out on patrol... not that I could see anything at that time of morning. This is why I hate daylight savings time in the fall. It’s just stupid. Those nice dawn walks I like to take before all the kids gather for the school bus aren’t anywhere near dawn in the fall. Its just dark... inky dark... and you can’t see if there are any clouds in the sky that might dump rain on you before you get home. I hate it when that happens. 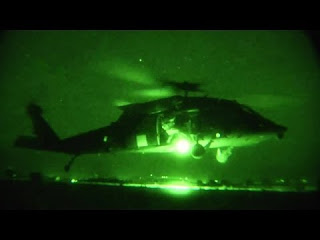 At zero dark thirty it’s also very quiet out. Not much for traffic noise, no birds chirping, no squirrels chattering... just an eerie city silence. I say “city silence” because it’s never truly silent in the city... not like it was in rural Montana... now that was silent! I mean deep down, hole-in-the-ground silent. Heck, even the livestock was quiet at that hour. But it’s about as quiet as it gets in a city. Don’t get me wrong, I like quiet, but the scrunch of my shoes on the sidewalk drives me nuts... and I wear sneakers. Sneakers... yeah, right. A fellow couldn’t sneak up on a sleeping rock, if you know what I mean.

I tried walking on the lawns to be a little more quiet, but like I said it’s dark now when I walk... and my night vision isn’t quite what it used to be. Despite that, I like to walk fast. Translation, I didn’t see that tree until it was too late. Then I had to explain to my lovely why my nose was scratched up and sort of crooked. That’s embarrassing. If Bingo Bob asks, I’m going to tell him I fought off an angry coyote. He’ll buy it... we can hear them howling and yipping at night not two blocks away in the bottom of the old creek bed that runs along the southern edge of our neighborhood. Bob isn’t fond of coyotes, he’s worried that they’ll eat his wife’s Teacup Yorkie. I wish they would sometimes... when Bob forgets when he lets him out, the thing yaps incessantly. It’s annoying. It isn’t the dog’s fault... it’s the owner’s. Maybe we ought to feed Bob to the coyotes.

I don’t always take the same route. First, it gets boring and second I don’t want to have a set pattern. Call it an old habit. Anyway, not taking the same route when it’s light out is fundamentally different than altering your path when it’s dark. Oh, did I mention we are in a light restriction zone? Yep, we can’t have too many lights because we just happen to be on the flight route for military Medivac helicopters, what we used to call mercy eagles. flying night training missions. Too much light an night vision goggles don’t mix too well. And the last thing anybody wants is a Blackhawk crashing in their back yard. I know I don’t. So, ours is darker than your average neighborhood. And I don’t carry a flashlight. First, the batteries are usually dead from sitting unused in a drawer. Second, I don’t want to carry my windup LED emergency flashlight because, well, it’s for emergencies. Besides, it sounds like a cat in heat when you wind it up, and tom cats are prowling at this hour in the morning.

This, of course, means I don’t always know exactly where I am and I wind up on streets I’m unfamiliar with. A couple of days ago, I decided I’d take the gravel path below the powerline right-of-way up to the community park. If I go that way, I can get in precisely two miles on the round trip. I figure I manage the other mile wandering around the house, yard, shop, and the Home Depot during the rest of the day. I’m going to have to start going to Lowe’s or Ace Hardware soon or they’re going to think I’m casing the Home Depot for a heist. Granted there is a really nice Bosch compound miter saw that I drool over daily, but I wouldn’t swipe it. Damn it! Tool digression. Back to the subject at hand.

Scrunching my way up the gravel trail is no simple task. First, it’s uphill both ways... or at least it feels like that sometimes. Second, it’s habitat haven for a number of critters, and you never know when you’re going to meet one of them. It seems most of the wild critters, at least the four footed ones, are nocturnal... as I had to explain to Bob, that means they’re active at night, Anyhoo, my scrunching scared up four rabbits, two deer, a fox, and Stinky. Stinky has shiny black hair with two white stripes and a plumy tail. Yep... Stinky is a skunk, Mephitis mephitis. From past experience, I think Linnaeus got the name wrong... I think Mephistopheles mephistopheles would be more appropriate for these evil little critters. Okay, they’re not evil... they just spray an evil smelling oily concoction at you when upset. 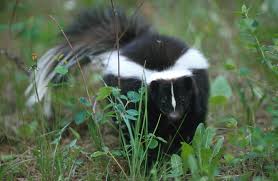 Stinky was headed down hill (see, for him the trail goes uphill one way and downhill the other) while I was headed up the trail. I smelled him before I saw him. Being experienced in the ways of the polecat, I froze. When confronted Stinky and his kind will often bounce on their front paws and hiss and spit at you. Sometimes they even growl a little. You don’t want to try to scare them off. That results in a lightning quick 180° pivot and a good chance of old Stinky’s squirt gun going off... and trust me on this, you can’t outrun it. Your best bet is not to move. At all. Unless, that is, you don’t mind being locked out of your own house for a week and taking daily baths in tomato juice and vinegar. Anyway, after about three minutes of a Mexican standoff, Stinky decided not to waste any ammunition on me and turned and disappeared into the brush on the side of the trail.

With the Stinky affair over, I continued with my daily walk, returning to my house about a half hour later. It was still dark. When you think about it, that’s sort of depressing. In a couple of weeks daylight savings time will expire for a few months, and even though my walks will still begin in the dark, at least I can walk home to the sound of birds as dawn breaks and maybe even catch the first rays of sun as it peeks above the horizon. And since it’s supposed to rain Wednesday through Saturday, I may take the time to draft legislation to submit to my legislators to abolish daylight savings time. It sucks and besides, it really doesn’t save time at all.
Posted by S. Bradley Stoner at 12:11 PM