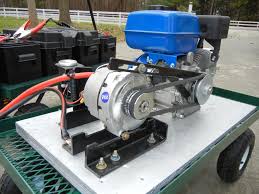 I went to one of those big warehouse hardware stores yesterday. I’d use the name, but a lawyer friend advised me a while ago not to do that. I asked why. “Well,” Sue M. Naow had intoned seriously, “if you say something bad about them in print, they could sue you for libel.”

“Doesn’t matter,” Sue had said, “even if you say something good about one, the others are going to feel slighted. They could bring suit for defamation since you didn’t mention they.”

“Well that just makes no sense at all. Isn’t that what advertising does? I mean, they rarely mention the other ones, and if they do mention the competition, it’s usually to show how badly they compare with the company for whom the ad is being done.”

“Hmmm,” Sue had pondered, “well, if you do mention one of them, maybe we ought to hit them up for some cash... you know, like the movies do for product placement.”

“Yeah, I don’t think so. Why would they pay for a mention in a blog that has two followers? Somehow I don’t think they’d see any benefit to that.” I really wanted out of this conversation... Sue isn’t my lawyer. She represents Bingo Bob down the street. I met her at the bank of neighborhood mailboxes one day and she just seemed nice. I might have mentioned my writing, and she seemed happy to offer some free advice. I thought that odd for a lawyer, but figured, what the heck? It was only at the end of the conversation that I found out she was Bingo Bob’s lawyer. Then it kind of made sense. Bob’s pretty free with his advice too.

Anyway, back to yesterday. As those who read my blog know, I’m a tinkerer. I like to build things. I had found a diagram for home built generator using an old lawnmower motor. I had one of those. An old horizontal shaft Briggs and Stratton (wonder if they’ll sue?) 5 horsepower gas engine. I’d rebuilt it and it ran like a dream, but my mower doesn’t use a horizontal shaft motor... it uses a vertical shaft motor... so what to do? Old magazines are a great source of info on build it yourself ideas. Heck, I have plans for a build it yourself table saw, router table... and a whole bunch of other things that won’t fit in my current shop, but who knows? Maybe I’ll have a real shop someday. I’ve got plans for enough to keep me busy for years. And I’ve got the time... I’m retired.

I’d been to the local auto salvage company and picked up a really good 65 amp alternator with a built in voltage regulator and even found a used power converter so I could get enough 120 volt output to run my freezer if we lost power. A visit to the salvage shop garnered a nice piece of sheet steel for a base, a pulley for the motor to alternator belt, and a couple of two pole toggle switches so I could control the power to the alternator and the power converter. I got the nuts, bolts, and some other odds and ends at the warehouse hardware store. Then I headed home.

I was busy unloading the goodies from my Explorer when Bob suddenly appeared. I saw him reflected in the side window of the car. “What’s up, Bob?”

Bob jumped a little. I guess he thought he could sneak up on me. “How the heck do you do that?” he asked.

“Know someone is coming without turning around?”

“Oh, that would be the imbedded fiber optic cameras in my hair... I have 360 degree vision.”

Bob was instantly interested. “Where do you get those?!

“Sorry, Bob, but that’s classified,” I said turning to face him.

Bob looked at me a little suspiciously, but let it drop. “Whatcha building now?”

“Oh, just a little something.” 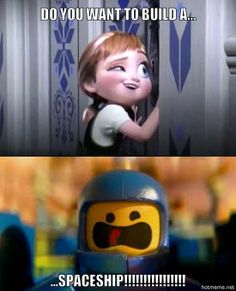 “Well, if you must know, Bob, it’s a mechanical actuator for an antigravity drive for my space ship.”

“Yep, I’ve got to get this made before December.”

“What happens in December?”

“They’re already here, “Bob said conspiratorially. “The grays and the greens. You know they’ve been here since before the Egyptians.”

“You’ve been watching that show on the History channel again, haven’t you Bob?”

“They’ve got the evidence... and I got a picture of one of their ships when I was taking shots of the blood moon with my telescope.” Bob pulled out this wallet and produced a small print. “See?” he pointed at an indistinct smudge of light just below the fuzzy image of the moon.

Now, I knew that smudge was just a reflection of the street light on his lens, but I couldn’t help myself. “Hmmm... must be a scout ship. I heard they might be sending one or two before the main body arrived.”

Now Bob was truly alarmed. “You see it too? Where are you getting your information... this could be a disaster... the government is hiding this from us...”

“Maybe,” I agreed, “but I have to go make a call and then get to work on my actuator, so you’ll have to leave now.”

As I was about to eat my lunch, the phone rang. “Hello?”

“Honest to God, you have got to stop jerking Bob’s chain!”

“Why didn’t you just tell him you were building a damn generator... geez... he’s going to drive me nuts for a week now.”

“Better you than me. I gotta go... I’ve got to finish varnishing my pergola and potting shed. The dang Texas sun just plays heck with the finish."
Posted by S. Bradley Stoner at 12:35 PM