The Square Peg - Who’s Been In Yer House 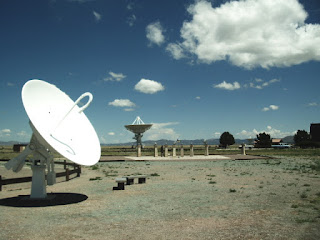 Okay, I’ll admit it. I’ve been gone. Yep, road trip. Got a little homesick for my mountains. It happens about every two or three years. So, off we went to New Mexico, Arizona, and Colorado and back again. Well, no sooner had we gotten back than Bingo Bob came trotting over as I was unloading the car.

“Nope, I just like putting luggage in the car and taking it out again.”

Bob made a face. “Who’s been in yer house? Whoever it was parked this big semi truck in front all week long. I’m pretty sure they used your wife’s car too. I thought about calling the cops, but then I wasn’t sure if you knew about it.”

“That truck belongs to my youngest son,” I replied. “If you had called the cops on him, I gladly would have given him permission to run over your car with his truck.”

“Did they teach you about manifest destiny?”

“I don’t recall, but I listen to Destiny’s Child once in a while.”

“Holy crap, Bob, it was the mindset of our nation to expand from coast to coast. Some believed it was a divine obligation. Anyway, Greeley was a newspaperman in the 1800s... he popularized the notion of expansion and the saying ‘Go west young man and grow up with the country.’ Don’t tell me you haven’t heard that.”

“Well, my mother-in-law kind of told me that, but not in a friendly way. Say, how come you got your spare on? Get a flat?”

“Nope. Just thought I could use the extra exercise,” I replied.

Bob scratched his head and looked a little closer at my driver’s side fender. “Hey, your fender and bumper are a little tore up... and, wow, your running board is plumb shattered. You must have hit something.”

“What’d ya hit? One of them little cars?”

“No, Bob. I hit something in the road... I think it must have been a semi tire tread.”

I don’t know why I felt obliged to tell him, but I figured he’d just pester me for the next two weeks if I didn’t give him a reasonable explanation. “No, Bob, I don’t. We were on I-10 west of Boerne and traffic was bumper to bumper... and half of them seemed to be on the phone or texting, so I was kind of busy paying attention to traffic and not really looking at the road in front of me. I wouldn’t have seen whatever it was anyway because just before I hit whatever it was I hit, some guy whipped in front of me and blocked my view.”

“Naw, I thought I just be trashy and put the old buggy up on blocks in the front yard.”

Bob shook his head sadly, “The HOA is gonna fine you if ya do that.”

Sometimes Bob can be as dumb as a bag of rocks. “I’ve got insurance, Bob... of course I’m going to get it fixed.”

“Oh, you weren’t being serious, hehe.”

“Ya still didn’t tell me where ya went.”

I proceeded to tell him a bit about our trip. He stopped me right after I told him where we stopped the first night.

“Did ya see the Alien Museum? They got pictures of that autopsy they did on that crashed UFO,” he said excitedly.

I sighed. Bob’s into UFO stuff. I wish he’d get abducted. An hour with Bob and the aliens would either leave and never come back or blow up the planet. I wonder if ETIs have phrases like ‘Dumber than a bag of hammers’ or some equivalent. I’m sure they must. I think I’ve figured out that probing thing, though. They’re just trying to push the brains of abductees up into that empty space between their ears.

Of course, when I told him we had gone back to the Very Large Array for a visit, he was convinced I was hunting for aliens. Bob can get one-tracked mentally sometimes. I moved quickly on to tell him about the Petrified Forest and how I finally got my lifetime inter-agency pass for ten bucks so I could go into all the national parks, national monuments and so forth.

Bob got excited about that. “Cool! How do I get one?”

“You just have to age,” I replied.

“You have to be over 62. I kinda wish I’d known that five years ago. I could have saved a few bucks.”

“You mean you can buy a lifetime pass for only ten bucks after you’re 62?”

Bob rubbed his chin and nodded, then suddenly looked up. “Yer bein’ a smarta$$ again, aren’t ya?”

“Nope, wasn’t sure you got it on the first go-round.”

Do I have to say it again?

About that time, Duncan showed up. “How was your trip?”

Bob’s head snapped around. “You knew he was gone on a trip?”

“Sure. He asked me to keep an eye on the place if his son had to pull out before they got home.”

“How come you told him?!” Bob challenged.

“Because Duncan can keep his mouth shut,” I replied. “I didn’t want it broadcast all over.”

“I can keep my mouth shut,” Bob said defensively.

Duncan laughed and said. “No you can’t.”