The Square Peg - I Thought You Was An American!


The Square Peg - I Thought You Was An American!
© S. Bradley Stoner 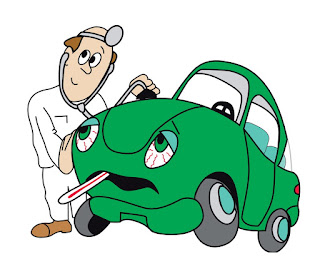 Anyway, as I was standing there eyeballing my chocolate tree, which happened to be in dire need of a little trimming, my ears were assaulted. Personally, I like my ears un-assaulted, if you don’t mind. I didn’t recognize the voice right off, but it soon became clear Bingo Bob was trying to sound like somebody else.

“I thought you was an American!” the voice challenged. “What’s with that Korean piece of crap parked in front of yer house? Are ya a commie or somethin’?”

I didn’t even turn around. “Geez, Bob, you need more practice if you’re going to fool people.”

“Nope. I got it from Enterprise.”

“Because Lizzy is in the hospital.”

Bob’s eyes bugged out a little. “Who’s Lizzy? And what’s she doing in the hospital?”

About that time, Patti Peeksalot came by on her daily walk. She must have ears like a bat, because she was a good thirty feet away when Bob asked his questions. “Who’s in the hospital?” she chorused, “and why?”

I really hate explaining things to people... especially people who are going to embellish the tale in the retelling. I’ve had experience with that, and I don’t like it.

“Don’t get your knickers in a twist, Lizzy is my car and she’s in the shop for a few days.”

“You name your car?!” Patti demanded.

I mentally groaned. “Doesn’t everybody?”

“Men! You name everything. I’ll bet you even have a name for your...”

“Don’t go there, Patti,” I cut her off, “or I’ll have to take Big Stanley off the shelf and pound some sense into you.”

Eager to get in on bashing somebody else, Bob chimed in, “I’ve seen what Big Stanley can do to a ten inch spike... I wouldn’t go there if I were you.”

Patti was getting irritated with us. Patti doesn’t have a really good sense of humor. “And what, pray tell, is a ‘Big Stanley’?”

I debated whether to answer or not. I mean, it could be considered assault, even though I was only joking, but this was Patti to whom I was speaking, after all. I decided to risk a police visit. “Big Stanley is a two and a half pound, hand held sledge hammer, it’s bigger than Stanley, my 22 ounce framing hammer, and smaller that Giant Stanley my ten pound sledge.”

“I suppose you have names for all your tools,” Patti persisted.

Patti darted a look at Bob. “Did I say something funny?”

Bob collapsed in paroxysms on the hood of my rental. Patti snorted and stalked off. This was not going to end well... especially if Patti went and blabbed to Twyla Twaddle or Brenda Barfly first.
Posted by S. Bradley Stoner at 12:43 PM