The Square Peg - Tyrone Toiler and the Big Bust 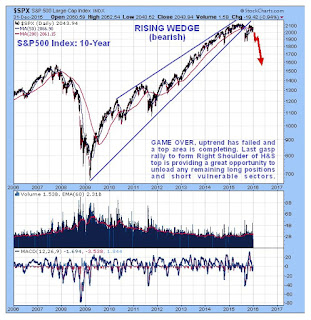 I was up at our neighborhood park just enjoying the evening as the air cooled with the fading of the sun. It was peaceful. The birds were flitting about and calling cheerfully. A squirrel was investigating all the nooks and crannies of a large live oak. Yep, it was nice. Then I heard Tyrone’s voice... and it was getting louder. I couldn’t make out what he was saying, but it was clear that he wasn’t happy. Then I heard Duncan Donutz and Bingo Bob chime in and poor old Tyrone just flat went ballistic.

Now, you have to understand, Tyrone is our neighborhood young urban professional... betcha didn’t think Yuppies existed any more, did ya? Well they do. Back in the day we used to refer to them as young bloods, corporate climbers, and other such descriptive titles. I’m not sure Yuppie is even in the lexicon of young folks these days. I don’t pay that much attention to the new slanguage, Retirees have their own cryptic conversation foibles. Cryptic because they belong to a past we all seem to embrace. Kids just don’t understand us, which kind of makes us even in that department.

Anyway, it turns out what has Tyrone wrapped around the axle is Britain’s vote to leave the European Union, like any of the rest of us really understand politics across the pond as the Brits say... or even give a royal howdy-doo. And, frankly, I’ve come the the general conclusion that “globalization” doesn’t really work for anybody but the people who embrace it. Frankly, it doesn’t even work for them... they just think it does. It’s fashionable. We old curmudgeons are wont to call a spade a spade... it’s socialism on a grand scale. And it is being orchestrated by the elites in business to their, not anybody else’s, benefit, no matter what the adherents might think. Sigh.. another rambling digression, but at least it sets my mood as the three of them approached,

“Frankly,” Duncan boomed, “I think it was the smartest thing the Brits could do. I can see where they’d get sick of the tail wagging the dog.”

“Nice metaphor,” I called from where I was perched on a picnic table. “Trite, but nice.”

“Hey, I was just enjoying the evening until you three showed up. I could hear you coming a country mile.”

‘Whoa,’ I thought to myself, ‘Tyrone must really believe that. He doesn’t swear. Ever.’

“Have you checked your investments today?” Tyrone challenged.

“Me too,” Tyrone whined. “This is an IRA Armageddon, not to mention what it’s going to do to investment capital or my stock portfolio.”

Duncan glared at them. “I told you both months ago that you needed to take a less risky position in the market. This has been on it’s way for a long time. You had to have had blinders on not to see it.”

“You didn’t answer my question about your investments,” Tyrone persisted, trying to get me to reveal my strategy.

“My investments are just fine and dandy.”

“How is that possible? Did you even look at the market close today?”

“How on earth can you not?” Bob asked, wide eyed.

“Let’s just say my investments are about as risk free as they can get. I never really cared to play with the market funny money. It’s 80% air and 20% bull crap. That’s why it can be gone so quickly.”

I just looked at him and said, “Not necessarily.”

“It’s old folks making decisions about how all us young folks are going to live,” Tyrone whined.

“Oh. That figures.” I stood up, readying myself to go. “Well fellahs, we sure as Sam Hill aren’t going to solve this, and the apocalypse really isn’t just around the corner. Take it from one of the old folks... Chicken Little was an alarmist... life will go on.”

“Talk to your mommy,” I replied. “Y’all have a peachy evening, okay?

“We may as well all walk together, I’ve got to get home,” Duncan said, “The wife want’s to see a show tonight.”

“Me too,” Bob added. “I’ve got beer coolin’ and steaks that need grillin’.”

Tyrone shrugged. “I suppose it wouldn’t hurt to spend a little time chilling.”

“So what are you gonna go see?” Bob asked Duncan.

“I dunno... probably some chick flick, but that’s okay. It keeps the little lady at home happy.”

“What about you?” Bob asked looking at me.

“Oh, I don’t know, probably just read or write if the mood strikes me. Now, tomorrow night is a different story.”

“How so?” Bob’s interest hiked up a notch.

“Because tomorrow night is B Movie night.”

“You watch those?” Duncan asked in a slightly astonished tone.

“Not on purpose. But it is my wife’s night to pick the movie.”

They had a good laugh on me. As we rounded the corner, I thought with satisfaction, ‘Yep, everything is back to normal... apocalypse averted.’
Posted by S. Bradley Stoner at 7:00 AM