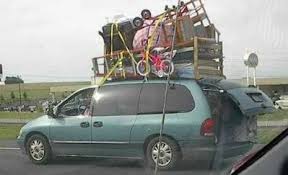 Yesterday was a pain. We switched from analog cable to digital service for our phones, Internet, and TV. It wasn’t that it was difficult... it was time-consuming, but now my Internet is faster, our cost is down, and we have a cute little satellite dish mounted on the rear corner of our house.  Ordinarily, I don’t mind the time thing. Like I’ve said, I’m retired. The point is, I had better things to do than wait for the two young techs to do the install. I’m not complaining about the techs, they were polite and reasonably efficient. This stuff just takes time away from what I’d rather be doing... you know, like fishing, writing, working on the landscape or building something. Oh well, water under the bridge as they say.

Now, the day before yesterday was a mini-adventure. Yep... I went to my second favorite place... the Home Depot. I had a couple of things to pick up to make my lawn beautiful... well, keep it beautiful. I could have spent all day there, of course, but this was a quick in-and-out. I had stuff to do. So, I grabbed what I needed, threw it in a cart, hustled to the checkout, paid the clerk, zoomed outside to my car... and was stopped dead in my tracks. I wasn’t going anywhere for a while.

Now before anybody gets their knickers in a twist, my beloved Explorer hadn’t become the victim of a careless driver or felonious Freddy. Nope, it was right in the parking spot where I left it, unsullied and serene. The spot next to me, however, had been filled with a new minivan. I didn’t pay attention to the make. They pretty much all look alike, despite what all the ads say. It wasn’t sleeker, more exciting, or more luxurious than all the others... it was a minivan. Useful for some things. Others, not so much. I digress.

Oh, and the minivan itself wasn’t the problem... well, ultimately it was, but not for the reasons you might be thinking right now. No, the problem was the two toddler shopping cart, the four child car seats, the collapsed four passenger stroller, and a pile of stuff I had no desire to inventory that was blocking me. The back hatch was open and the couple stood back by the oversize cart bearing two by fours and a four by eight-foot sheet of three-quarter inch plywood, mentally measuring the cargo space in their minivan. Yep... I was going to be a while.

A quick visual assessment told me that there was no way they were going to fit that plywood sheet into the van. The husband, however, was determined to cram it in there. He muscled it up to the edge of the bed, tilted it on about a forty-five-degree angle and commenced to pushing it. It made it about six inches before the top edge ran smack dab into the top edge of the hatch opening.

“I don’t think that’s going to fit,” I offered.

The man grimaced. “I wasn’t planning on having to load the whole sheet. It was supposed to be cut in pieces, but their saw was broken.”

A mental image of the track mounted circular saw the Home Depot has in their lumber department flashed in my mind. Then the irony of a broken saw in a store that sells forty-two different brands of saws (I might be exaggerating by a few) struck me, and I almost laughed, but that might have been misinterpreted. Instead, I said, “Well, that isn’t very helpful, is it?”

Determined to get the thing in the back of the van, the man issued an order to his wife to remove a couple of the seats and fully fold the others. She, of course, had the audacity to mention that if all the seats were removed or folded, they wouldn’t be able to put the child car seats in their proper restraints. That produced a look of consternation on the husbands face.

I casually mentioned that when I was a kid, we simply rode on top of whatever lumber or other stuff we needed to load... no child restraints needed. She gave me a horrified look. I told her I understood how things had changed... that we had two boys, grown now, who had to be secured in their car seats when we had a minivan. She gave me a slightly drowsy look and explained that, in addition to the two toddlers that were now squirming in the shopping cart, they had three at home... all but one were required to be child restraint systems. Well, that would explain the four seats neatly arrayed beside my Explorer.

After ten more minutes of futilely trying to fit the plywood into the van, the husband gave up. “I guess I’ll have to tie it to the top.”

I helped him boost the plywood onto the rack on the roof and while he secured it with what he called a rope... it was about a one-eighth inch cord... I helped his wife load the two by fours and repack all the other stuff in the van. Satisfied after she crammed the collapsed oversize stroller in the back, she stepped back and slammed the hatch before it had a chance to fall out.

“Be sure to drive slowly,” I cautioned, “otherwise that sheet will catch the wind and lift up. I’m not sure that rope you have will hold a lot of pressure.”

“That’s what happened last time we tied something to the roof rack,” the husband said, eyeing his tie-down job skeptically. “At least we don’t have far to go. Thanks for your help.”

“No problem. Y’all drive safe.” Finally, I could get in my car and leave the parking lot. My fifteen-minute trip had turned into an hour and a quarter, but I got to meet some nice folks and give a helping hand. It’s what I like about Texas. Nobody’s in a hurry... even when they’re in a hurry. And me? Like I said, I’m retired. I’ve got the time.