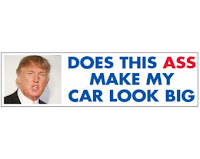 Well nuts. The boys are at it again. Yep... my two favorite nut jobs. Duncan Donutz and Bingo Bob. It all started two weeks ago. After one of their famous arguments over politics, Bingo Bob decided to take action. I have to admit he was deviously subtle about it. When Duncan and his wife were gone on a short trip, ol’ Bob snuck onto Duncan’s property, molded two bags of potting soil into what suspiciously looked like a large, partially exposed set of buttocks, and then planted a bunch of pansies on the mounds. I actually thought it was kind of funny. Besides, those pansies kind of classed up Duncan’s yard.

Duncan came home late on Saturday, but he didn’t notice the addition of the pansy derrierre to his flower garden until a couple of days later. I guess he was engrossed in watching March Madness or something. In any case, it took until Monday for him to see the bas relief in the middle of his Floribundas. You could hear his scream five blocks away.

Almost immediately after, I swear I could hear Bob sniggering behind his privacy fence. I thought, ‘Uh-oh, here we go.’ I knew this was going to escalate. It always does. I just hoped it wasn’t going to get serious, but, deep down, I knew it never did. I, however, couldn’t wait to see the retaliatory strike. Sure enough, while Bob and his spouse were at their respective jobs, Duncan set to work. I saw him push his wheel barrow filled with sacks of soil, a shovel and one large, white lily over to Bobs. Now, you have to understand... Bob doesn’t have a flower garden. He did three hours later. Right smack dab in the center of his lawn. Duncan retreated to his garage with the sod he’d removed, the empty bags of soil, and his shovel. Being a cop, I could see he understood damning evidence and knew how to get rid of it. An hour later, his equipmment was clean as a whistle and the sod and bags disposed of in some distant garbage bin.

I couldn’t really see his handiwork from my garage, so I got a nozzle pulled out my hose and sprayed a little water on my lawn. It was kind of obvious... after all, it had rained yesterday. It didn’t help... either the lawn or my vantage point. I rolled up the hose, put on my sneakers and went for my second walk of the day. I hoped nobody had seen me out walking at dawn. They might have found this a little suspicious. Oh, I didn’t make a bee-line for Bob’s. I was more subtle than that. I did a shortened version of my usual route, taking off in the opposite direction and circling back past Bob’s lawn. As I drew near, the lawn sculpture Duncan had made slowly became clear.

Yep... there it was in all its glory. I wondered if Google Earth recorded it for posterity. I could almost envision zooming in on the image from space to see a perfectly formed limp phallus with a lily planted right in the middle. Apparently revenge is best served in a dirt nap.

That evening, Bob’s spouse let out a shriek that tipped the Richter scale and Bob yelled something at Duncan that can’t be repeated here in front of a general audience. It was a colorful combination of salty words, though. He ended it with, “IT’S ON, YOU A@#HOLE!”

I shook my head and closed the garage door before Bob had a chance to see me. ‘Here we go,’ I thought. Sure enough, the next morning Duncan’s pickup had a Hillary Clinton bumper sticker on it. The day after, Bob’s pickup was plastered with Trump bumper stickers. Two bottles of goo remover later, they were gone only to be replaced by an anti-Trump bumpersticker on Duncan’s truck and an anti-Hillary bumpersticker on Bob’s. That night the spouses put an end to it. They each stood over their respective husbands while they removed the latest bumper stickers and recontoured the gardens. I could tell, however, that this was far from over just by the exhanged looks on Bob’s and Duncan’s faces. Somehow I knew the respite would be short. There will be another chapter... I’m sure of it.
Posted by S. Bradley Stoner at 8:44 AM