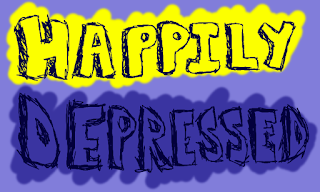 You see, I spent some thirty years dressed in neatly ironed and stiffly starched shirts, business nooses (for you uninitiated, that would be a necktie... and there’s a reason they called hangings necktie parties in the old west), and smartly tailored suits or slacks and sport coats (depending on the occasion). Yep, I looked professional and that’s important when one is in a profession... especially if one wants to get ahead.

And there were rules, perhaps unwritten, but rules none-the-less. For example, you don’t wear brown shoes with a black suit or black shoes with a brown suit. I don’t know who came up with that, but there it is. Then there was that shirt color and matching tie thing. Apparently one does not wear a purple shirt, no matter how well-starched it is, with a light gray suit and an electric blue and rose-colored tie, even if your wife did pick it out. That’s a fashion no-no in the business world. And, no matter what else you do, don’t wear loud patterned argyle sox with anything unless it happens to be a fashionable set of knickers on the golf course. Golfers will tolerate, and even encourage that kind of eccentricity. There’s a different code and set of rules on the fairways and greens. I’ll save that for another discourse.

On the other hand, I was a bit of a maverick. There were some things to which I just wouldn’t conform. Take shoes for example. I didn’t wear them. No, I didn’t go barefoot; it wasn’t Hawaii for Pete’s sake. I wore boots. I mean real boots, not those zip up the side, designer specials that some young bulls favored... I mean Tony Lama’s, Dan Post’s, or Justin’s with combination riding-walking heels and pointy toes. They were a hangover from my younger days... and they were the only things in which my feet were comfortable. Besides, I liked the way they looked and they were terrific for smashing spiders in the corners of hotel rooms, although I tried not to do that unless they were aggressive and bent on annoying me. Thankfully, I didn’t have to use my spider shoes, as my eastern colleagues were fond of calling them, very often. I stayed in pretty nice hotels except when I visited the military bases where I had contracts. You kind of take what you can get there.

Anyway, I only was able to get depressed on weekends when I was working. That, in and of itself, was kind of depressing... and I mean that in the psychological sense. But at least I was freed of that GQ pressed look for two days a week. I’m telling you, it was liberating. Nothing like a wrinkled tee shirt and wrinkled shorts or jeans to get the old weekend juices flowing. We’re talking comfort here... pure blissful comfort. The older and more worn the garb, the better I liked it. Still do... except my lovely gets rid of the ones with holes in them... you know, the well-broken in ones. Sigh. I still miss my old Reese’s Peanut Butter Cup tee. It was my favorite when we got married. It disappeared in less than a year. She tried to make amends... tried to get me to buy a new one when we went to the factory in Hershey, PA. It wasn’t the same. I told her it would be like me throwing out her prom dress and then telling her to buy a new one. Apparently that is a horrible thing to say, so now I just keep my mouth shut... most of the time.

Now that I’m retired, I get to be depressed all the time. It’s great. When Duncan came by and asked me how I was doing, I replied with a smile, “I’m depressed, and it’s wonderful!”

Old Duncan looked askance at me and said, “Are you nuts? What’s great about being depressed?”

“I know a good shrink,” he replied, shaking his head.

I’m pretty sure his better half starched his underwear this morning.
Posted by S. Bradley Stoner at 2:29 PM