The Square Peg - I’ve Got Hardware, But My Software’s Floppy


The Square Peg - I’ve Got Hardware, But My Software’s Floppy
© S. Bradley Stoner 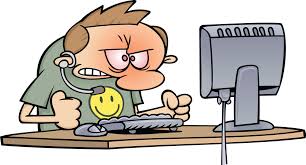 My oldest is being helpful. Yep, he decided I was living in the computer stone age. The old reliable computer I have used for the past eleven years apparently was too slow for him. It is for me sometimes too. Being on the cutting edge of computer technology, he decided to buy a government computer from surplus and rebuild it for me. It has a quad core Intel processor with a half terabyte hard drive. That means it is fast and can store a lot of stuff. Matter of fact, it can store everything I have on my current hard drive, my external hard drive, and still have plenty of room to spare.

Now don’t get me wrong, I like fast with lots of storage. I use a lot of program, some for my writing, some for research, and some for landscape and architectural design. Yeah, I know, I’ve got a lot of interests. Anyway, he also installed two monitor cards... you know, the fancy kind they use for gaming. I don’t game, but I do like the high resolution they offer. But, there was a problem. The cards are for DVI monitors. I have VGA. The connections didn’t fit. I told him about that.

“Well, that’s no problem,” he said. “You just need to get a couple of adapters. You can get them from Amazon. I’ll send you the link.”

Okay, one problem solved. On to the next. Once I get the adapters, I proceed to remove my old computer, replace it with the new tower, tighten all the bracket fittings (I have an under the desk mounting system) and plug all my connections into their corresponding receptacles in the new box. I turn it on. Poof! It’s up and running. Only it has Windows 7 loaded. I had a disk for Windows 8. Hey, why not be as new as I can without going out and purchasing new software? Yeah... I know. Cheap. By the way, to be honest, I don’t like either one. I like XP, but the new computer won’t load that... it’s out of date. Can anyone tell me why, when a company produces a software that is very user friendly and completely meets ones needs, they have to create something new and then suspend supporting the old one? Oh, shut up. I know it’s about revenue. Doesn’t mean I have to like it.

So, I get 8 loaded up and, of course, I have to register with MicroMush. I don’t mind doing that, I’ve beta tested some of their software with my developer’s membership. They ended that program a couple of years ago, but more about that later. Back to the registration. I duly filled in all the info they wanted. Then you know what they do? They send me a message that I have to go to my email and get a code to enter a password. Okay, I can do that. So I did. Of course I had to do it from my laptop, because when I rebooted after the installation and registration, I had a little Icon with a generic profile picture on it with a password box underneath and it wouldn’t let me in until I entered the password. Twenty minutes later, I actually got on my new computer.

Okay... software loading time. I had a copy of Office 2013 from the old developer days. I know, I’ll load that! So I did. It asked for the code key. No problem... I had one... again from the developer days. I put it in the little box. You know what I got? “This is not an authorized Microsoft...” blah, blah blah. Apparently the viability of my developer code key was ended when they ended the tech program. What a crock! It’s that revenue thing again.

Well, I could buy 2013 for anywhere from $90 - $375 from a second party on Amazon or eBay, but guess what? The cheap copies are “unavailable.” Nuts. I could get Office 365 for only $99... per year! Wow, that sounds like a good deal, right? Um, no. I bought my original Office for around $275 and upgraded three times for a total of about another $200 for a grand total of $475. I’ve had the final version of that program for six years now. Six years of “leasing” Office 365 will run just shy of $600. Of course they will tell you that you get automatic updates to the program. Yeah... and then you have to go to the tutorial to find out how to use whatever it was they put in their update. Geez!

My oldest called me yesterday to wish me a happy birthday. I told him about my issues with MicroMush.

“Oh, no problem,” he chirped. “I have a copy of a newer version of Office with a valid code key. I’ll send it to you on Monday.”

Sigh. So, I’ll be setting up the new system on Monday... in the meantime, what am I writing this on? My laptop? Nope. I’m using old reliable. I’ll let you know how things go.