The Square Peg - I Thought You Were Dead


The Square Peg - I Thought You Were Dead
© S. Bradley Stoner 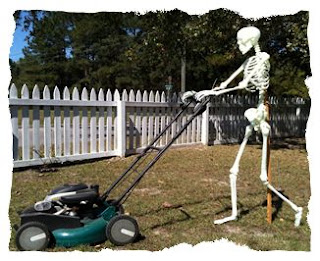 Let me start out by saying it’s been a long couple of weeks. I was planning on working on one of my books. Apparently the Fates had other ideas. A fellow author asked me to edit his soon to be released SciFi novel. Then a colleague asked me to review an ISO 14001 plan and matrix. You might say, “Poof! There went two weeks.” Yep, it was gone, shot to pieces, and I didn’t get a blog or a single paragraph on one of my books written.

Not only that, but my sweetie decided it would be nice to put a couple of bird feeders out. Boy, was that a mistake. Well, maybe not. I do enjoy watching the birds whenever I manage to take a break. Wow! I didn’t know how many different birds we had in the neighborhood. Purple Finches, House Finches, Gold Finches, English Sparrows, White Crowned Sparrows, White-winged Doves, Mourning Doves, Inca Doves, Cardinals, and even Red-winged Blackbirds. That’s the list of seed eaters I’ve cataloged and that doesn’t count the bug eaters like Grackles, and Wrens. I found out they tell all their friends about feeders. I counted over 70 birds in my back yard the other day.., okay, I estimated. Who knows how many were hiding in the bushes and trees? And, boy do they eat!

We went through two ten pound bags of seed in about three days. Being economy minded, my sweetie comes home from a shopping trip a day later with this 50-pound bag of sunflower seeds. I don’t know how long that’s going to last. The little chirpers go through two feeders-full a day. Oh, and that doesn’t count the local squirrel who also happens to like sunflower seeds. Does anyone know how to keep a squirrel out of one’s bird feeders? I swear, the little buggers are contortionists, not to mention persistent. But I digress. Back to the point of this tale.

We’ve been having beautiful weather punctuated by thunderstorms. This, of course, in south-central Texas means the grass and just about everything else grows. Yep, mowing and trimming season has arrived. So, two days after our last shower, I knew I’d better get busy before I had to hack my way to the door. I opened the garage, gassed up the mean green machine, and trundled it down the driveway, fully intending to mow my lawn. About then my neighbors noticed something different in the neighborhood. Yep... me.

Bingo Bob was the first to arrive on the scene. It seems he always does.

“Holy crap!” Bob exclaimed. “I thought you were dead!”

For a second there, I thought Bob was going to poke me, just to be sure. Bob’s a little superstitious... and he watches those paranormal investigator programs on TV. It makes him a bit weird at times. Well, he’s weird all the time, but he’s particularly weird about ghosts. It’s probably why he decorates his yard so elaborately on Halloween.

He eyed me suspiciously. “Where were you for the last two weeks?”

“Geez, Bob, I thought Duncan was the cop on the block.”

“Wha... Oh, very funny. I’m not the only one who wants to know,” he persisted. “Everybody I talked to was sure you’d bought the farm.”

I looked at my lawn. “Well, I am about ready to make hay, so I suppose you could consider this a farm.”

About that time Duncan showed up. “Damn!” he declared. “Bob said he heard you were dead.”

I groaned and eyed Bob. “And where did you come up with that?”

You can tell when Bob is lying. He shuffles his feet, digs the toe of his shoe at the ground, and mumbles.

I heard footsteps pounding on the sidewalk. Charlie was hurrying to join our growing little group.

“Good golly!” Charlie said loud enough for the folks on the next block to hear. “Bob said you were dead!”

This was getting to be a bit much. “Do I look dead, Charlie?”

Charlie scratched his thinning hair and said, “Well, no... you look pretty lively to me.”

About this time, old Bob was starting to feel just a little uncomfortable. Just about that time Patti Peeksalot comes striding by on her late morning walk. She gives me a startled look and then glares at Bob.

“You said he was dead!” she sputtered accusingly, then turned to me. “You aren’t dead! Why not?!”

I have to admit, that took me aback just slightly. “I’m not? Well crap... that means I have to keep paying taxes!”

“Do you know what this means?”

“Maybe you should develop a healthy skepticism when Bob tells you something?” I suggested.

“No!” Patti snapped. “It means I have to go and tell everybody that you’re not really dead! That’s going to make me look foolish!”

“Not as foolish as it would if people found out on their own,” Duncan offered.

“What are you laughing at?!” she demanded of Bob. “You’re the one who started this!”

“Maybe,” Bob admitted, “but I wasn’t the one who telegraphed it all over.”

A fight was brewing and I didn’t think my yard was the best place for it. I yanked the cord on my mower and the mean green machine roared to life. It was happily munching my grass when I looked back to see the row had moved to Bob’s yard. Better his than mine.

I just finished mowing. I think I’m going to go watch the birds and then take a nap.