The Square Peg - The Day After


The Square Peg - The Day After
© S. Bradley Stoner 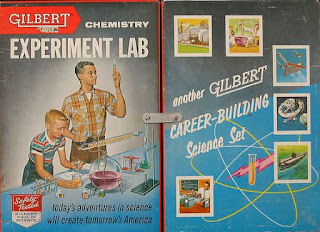 It’s the day after... and we all survived. I think. Time will tell. Yep, the big guy in the red suit hit our neighborhood and, despite the rowdies two blocks over who tried to shoot him down with fourth of July mortar shells, he navigated his way to every house where the kiddies were snug in their beds. For the life of me, I can’t fathom how he gets all that stuff in that little sleigh. It must be magic.

The fact that he can wear that heavy suit must be magic too. I was in shorts and a T-shirt when he passed by overhead. Yep, it was a green Christmas here in south central Texas. Seventy degrees at midnight. Luckily, every house in the neighborhood has a fireplace. Lucky for him, nobody had a fire going. Down here we build fires outdoors in fire pits. Yep, we sit around them, roast hot dogs and marshmallows, and shoot the breeze. Some drink cold beer to ward off the heat. By the time bedtime rolls around they’re a pretty jolly lot.

I don’t know about you, but I think the Jolly Old Fat Man is spoiling our kids. I remember when my stocking, hung by the fireplace (or rather from our console record player) with care, was filled with nuts and fruits. Today? Today I heard tales of iPhones, Galaxies, and gift cards for “apps.” And under the tree... whoa... interactive toys like pets that talk to you, fake eggs that hatch things, not to mention the high tech stuff like Gameboys X-boxes, electric cars, and streaming drones for Pete’s sake! It’s a wonder kids can dress themselves these days. Maybe the next thing will be robots that do that for you.

When I was a kid, under the tree... a real tree, the one where the needles fell off if you forgot to put water in the bucket of sand and rock you used for a tree stand... you were likely to find, wrapped in pretty paper or, on occasion, the funny papers (depending on your parent’s budget that year) such things as new socks, school clothes, and one or two toys. One of those was usually of the educational variety... like an Erector Set or a Gilbert Chemistry set... you know for ages eight to twelve. Yes sir, if we didn’t blow up the kitchen, we learned something. Sometimes we learned something from blowing up the kitchen. The only robots we got you had to wind up and even then they just rolled around on little wheels, flashed a couple of red lights, and beeped. At least we could pull up our own socks.

I was standing in my driveway, enjoying a cup of steaming hot coffee and the pleasant 79 degree temperatures and minding my own business when Bob went screaming by on his big Christmas gift. He hit the brakes at the end of the block, spun around and came zooming back, finally coming to a screeching halt in my driveway.

“Whaddaya think?” he shouted over the drone of the 250 cc engine. He goosed it a couple of times and then shut it down.

“Nice four wheeler.... what did you do with the old one?”

“Still have it... that’s only for off-road,” he declared. “This one is street legal!”

“God help us all,” I muttered.

About that time, the sound of a big Harley shattered the quiet. Frank roared up on his big hog and pulled in beside Bob.

“Hey! Look what I got for myself for Christmas!”

“Makes sense,” I replied noting the Sturgis nameplate on the front forks.

“What did you get?” Bob and Frank chorused.

I nodded. “Yep, it’s like sleeping on a cloud.”

“In other words, about the time you spend in bed every night,” I retorted.

Frank nodded. “He has a good point.”

“Maybe, but how much fun can you have in a bed?” Bob challenged.

Frank and I just looked at him, slightly aghast. Sometimes Bob says some really stupid things.
Posted by S. Bradley Stoner at 11:41 AM